0 Are bees addicted to pesticides? 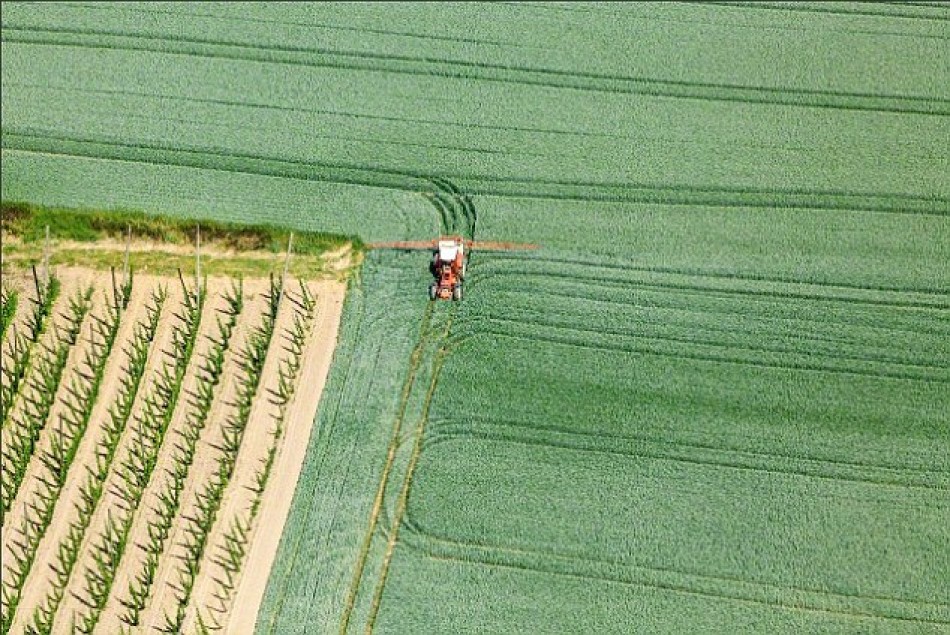 Bees may become 'addicted' to pesticides in the same way that humans get hooked on cigarettes, new research suggests.

Bumblebees and honeybees seem to prefer nectar laced with neonicotinoid chemicals - a type of pesticide commonly used to protect crops from insects.

Scientists at Newcastle University and Trinity College Dublin demonstrated in a series of experiments that the bees could not taste the pesticides, but would actively return to samples of pesticide-treated nectar over untreated samples.

Rather than enjoying the taste, the scientists believe they react to a pleasurable 'high' as the chemicals activate reward centres in their tiny brains, the scientists believe.
The bees repeatedly returned the spiked sugar again and again - an action researchers compared to smokers reaching for another cigarette.

The findings, published in the journal Nature last night, comes as EU officials are reviewing whether neonicotinoids should be permanently banned as a pesticide.

Conservationists argue that the chemicals are partially responsible for the decline of bees, which have seen a massive population reduction in recent years.

Previous research suggests that 'neonics' affect the way honeybees navigate, impairing their ability to find food, and some scientists think the chemicals also have in impact on wild bees and bumblebees.

Three types of neonicotinoids are currently under a temporary and partial ban in Europe - but the moratorium expires at the end of the year.
Farmers argue that without the pesticides, they are seeing a huge decline of yields of crops such as oilseed rape, because they are unable to protect them against pests like cabbage stem fleas.

The farmers' stance was backed by the Coalition Government. Although they had to enforce the moratorium, ministers publicly stated they did not support it.

But green groups and scientists say the evidence of harm is overwhelming - and call for the ban to be made permanent and extended to cover other types of neonicotinoid.

Study author Professor Geraldine Wright, of the University of Newcastle, said: 'Bees can't taste neonicotinoids in their food and therefore do not avoid these pesticides. This is putting them at risk of poisoning when they eat contaminated nectar.

'Even worse, we now have evidence that bees prefer to eat pesticide-contaminated food.

'Neonicotinoids target the same mechanisms in the bee brain that are affected by nicotine in the human brain.

'The fact that bees show a preference for food containing neonicotinoids is concerning as it suggests that like nicotine, neonicotinoids may act like a drug to make foods containing these substances more rewarding.

'If foraging bees prefer to collect nectar containing neonicotinoids, this could have a knock-on negative impact on whole colonies and on bee populations.'

She added: 'It must be very fast acting. As soon as it gets into their blood they're getting a little buzz, as it were, and they're responding to that.'