Two years of no play left Goblin Ha Cricket Club's pitch far from fit for purpose - until 14 members of the club joined forces and brought along their lawnmowers and rakes to get the Gifford grounds on Muirfield, west of the Haddington Road, match ready. 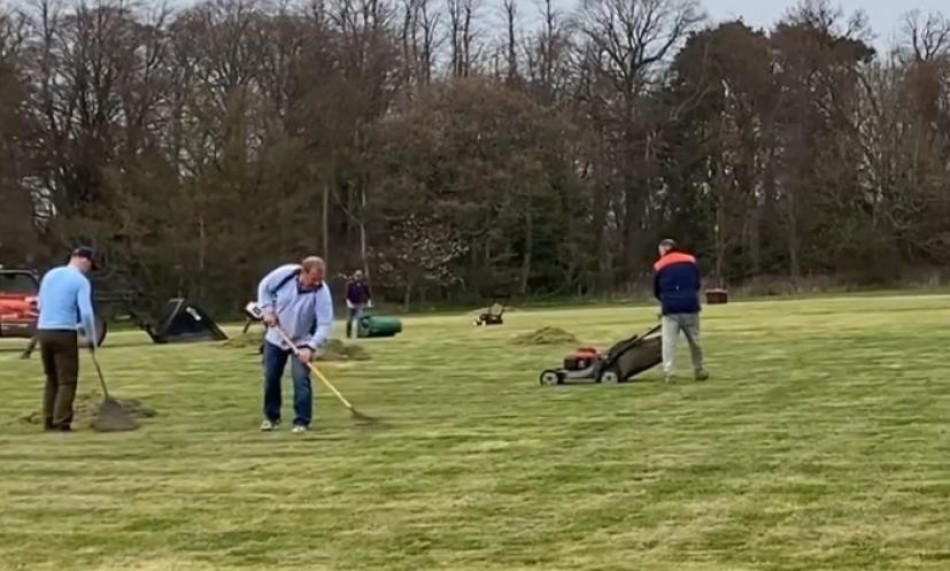 The army of mowers was captured on video transforming the field, owned by villagers June and Finlay Marshall and usually inhabited by sheep, into a pitch almost worthy of the Ashes!

Club captain Mark Mepham said: "For a couple of weeks, I drove round and round in circles trying to reduce the grass to a manageable height to get our larger mower on it."

"We usually have sheep grazing on it over the winter but, due to the heavy snowfall this year, that wasn't possible."

"I work as a greenkeeper at Castle Park Golf Club so was able to call on them to get a tractor down, which further reduced the height of the grass but left a lot of clippings, so I organised a mass of players to attend with rakes and mowers. Between us, and with the help of East Lothian Eggs and their forklift, we removed more than 40 cubic metres of grass!"

Cricketer Peter Prentice added: "It reminded me of the Second World War, all the boats crossing the Channel to Dunkirk. It was a hysterical sight."

Goblin Ha, a mixed ability social club for men and women, which plays Twenty20 cricket on Monday and Tuesday evenings throughout the summer, is hoping to play its first match of the year on May 25, at home to a select team from Currie & Balerno.