2 Around the Premiership in twenty pitches Over a few weeks in February and March, Chris Lane, Groundsman at Wolverhampton Wanderers, went on a journey, one that saw him undertake a task so big that no one had ever attempted it before. And his story started on a cold and overcast day at Molineux ...

Tuesday January 18th: Eight hours before Wolverhampton Wanderers were due to play Doncaster Rovers in the third round of the FA Cup, and I was mowing the pitch ready for the game. As I was guiding my mower up and down each band, a lot of thoughts flowed through my mind, as they usually do when I'm mowing.

One train of thought led me to Comic Relief's Red Nose Day. Every time it comes round, I always do something, but what on earth could I do this year? I thought to myself, I want to go one bigger, I want to go one better and I want to include this industry and, as I looked up around the golden stadium of Molineux, it came to me! I want to mow just one strip of every single pitch in the Premier League. ouple of days passed before I built up the courage to share my idea with my manager, Wayne Lumbard. To be honest, I thought he'd laugh at me and say no but, to my surprise, I couldn't have been more wrong. Wayne was absolutely thrilled with the idea; he said, "It's something different, challenging and and shows enthusiasm."

As we spoke more about the idea, he told me that, through his contacts in the industry, he would get me the contact information of every head groundsman in the Premier League but, from then on, it was all down to me.

It took a lot of hard work to retrieve the numbers and email address of all twenty head groundsmen but, in the end, the hard work paid off. I set to work composing an email to every ground to explain what I wanted to achieve and if I could have their permission to mow just one strip of their pitch. I have to admit part of me felt really cheeky asking, but I couldn't let this idea go out the window.

Slowly, but steadily, the head groundsmen began replying with their consent, which got me really excited. For the first moment since this project first came into my mind I thought I could actually pull this off.

With all four Midlands clubs replying, and giving me permission, I started mowing my way through the Barclays Premier League.

Wednesday February 16th: Stoke City's Britannia Stadium is where I started, before travelling back down the M6 to West Brom, then over to Birmingham City, before finally finishing off at Aston Villa.

The day was very enjoyable as it was the first stage of my journey. I was accompanied by my girlfriend, Danielle, who has been extremely patient and helpful throughout the whole campaign, through her fantastic photography skills and also lending a hand with vital paperwork.

Stoke's Andy Jackson and Jonathan Calderwood at Villa were very welcoming, sharing with me their general pitch maintenance programmes whilst, at West Brom, there was a lot of banter with Rob Lane about the Black Country rivalry between the Baggies and the Wolves. I couldn't have asked for a better start to my fundraising project.

Wednesday February 23rd: This was the trip I wasn't looking forward to, not because of the grounds I was going to mow, but for the journey. Today was the day I headed to Newcastle and Sunderland. I wanted to get these two clubs out the way as they are the furthest grounds away from Wolverhampton.

I started off early in the morning and was at St James's Park for 9:30am before I travelled the short journey over to the Stadium of Light in Sunderland. Although the journey took a lot out of me, I adored my time in Tyneside. I had never visited this area of the country before, yet alone be on the pitches at the football stadiums up there.

Newcastle's Andy Tulley and Adrian Partridge at Sunderland were really helpful and gave me a good insight into their maintenance regimes. It was particularly interesting to get feedback from Andy, as Newcastle have the same fibrelastic pitch as we do at Wolves. Overall, a great trip up to the North East. But, I know one thing, I'll never drive to Newcastle and back again in one day!

Monday March 7th: The start of a two day trip around all the London clubs.

Monday saw me mow Craven Cottage, Stamford Bridge and Upton Park. Like Newcastle and ourselves, Fulham has a fibrelastic pitch, so it was interesting to hear Dave Fellow's perspective on the pitch.

On the Tuesday, I finished off in the country's capital by mowing Arsenal and Tottenham. It was fascinating to see the wide range of equipment that Paul Ashcroft had at Arsenal and to hear about his pitch maintenance programme at one of England's biggest and most successful clubs.

Adam Singleton at Tottenham has been great in helping me support this project, through numerous tweets, and it was great to talk to him about his time at Wolves. With twelve clubs now mown and out the way, I was well over halfway and looking forward to finishing off in the North West.

Wednesday March 16th: My penultimate trip, which also lasted two days. Again with the helpful presence of my partner Danielle, I mowed Man City, Wigan and Blackburn on the first day and, on the second, Bolton and the mighty Manchester United.

Wigan particularly interested me, as it was the only ground I visited that hosts Rugby League games as well as Premiership ones. Obviously, this pitch had a more intense playing regime than any other club, so Ian Forshaw has that little bit more of a challenge than perhaps the rest of us. Divoting must be a nightmare!

Lee Jackson's perspective on the takeover of Man City by their new owners was fascinating, telling me that, obviously, his budget has gone up since their arrival but, so too, has the expectation of presenting a world class pitch.

Manchester United was the club I was looking forward to the most, being one of the biggest football clubs on the planet. Tony Sinclair and his lads were very welcoming, with the topic on the agenda being grow lights. We were discussing that the winter months are not as daunting as they once were now we have the lights to fall back on.

That made seventeen clubs that I had completed and only one trip left to cover the remaining three.

Wednesday March 23rd: My final day on the project. I was very kindly escorted to mow Liverpool, Everton and Blackpool by Glen Howard of Vitax to help on fuel expenses. There was something very special about mowing Anfield, a famous team with a great stadium. In fact, the strip of grass that I cut was in front of the Kop end. It really made the hairs on the back of my neck stand up.

Stan Maby at Blackpool was a great character. It was interesting to talk with him. If I'm honest, I felt sorry for him as he was telling me he was the only groundsman at the stadium, so jobs such as cutting took him around three to four hours, but he didn't seem to mind. It made me realise how lucky I am to be in a team of four at Molineux.

So, as I upped and left Bloomfield Road I felt the most amazing sense of achievement. It was unbelievable to think that I am the only person to have ever mowed every Premier League pitch. It really has been unforgettable meeting the groundsmen at every stadium and sharing with them their pitch routines. 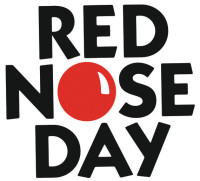 There has been so much to take away from this journey, with fond memories, priceless photos and, more importantly, a better knowledge of the industry and the people in it.

At this point, I'd like to say a huge thank you to each and every head groundsman who were kind enough to let me mow their pitch, which they so rightly take a lot of pride in. They all made me feel very welcome.

I'd also like to show my appreciation to Dave Saltman and Pitchcare for sponsoring me £250. With their help I have managed to raise a staggering £2000 for Comic Relief, and the figure is still rising! A big thank you to Scotts (ICL Horticulture) also, who very kindly provided me with additional funding to cover petrol for the journies and without the help of these industry companies my challenge would have been very difficult.

My superstar girlfriend has been really supportive throughout the whole project, joining me at almost half the clubs I visited. And, finally, a big thank you to Wayne and the Wolves for letting me have the time off to undertake this great project.

So, after travelling 1,415 miles over 35 days, using seven different types of mowers at twenty stadium pitches, I can finally say, "I've cut every pitch in the Barclays Premier League!"


You can still sponsor Chris by visiting his sponsor page at www.rednoseday.com and searching Chris Lane.
Contact Chris on 07805 039435 or email
chris-laney@hotmail.co.uk