2 Consultation says NO to Artificial Pitches 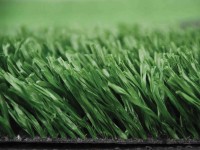 A return to artificial pitches in professional English football looks unlikely after a Football League consultation found widespread opposition to the idea.

At its annual general meeting, held in Portugal recently, the outcome of the consultation was presented to the representatives of the Football League's clubs. Opposition to the use of artificial pitches in competitive matches was overwhelming.

This result means there is not thought to be any realistic prospect of a club tabling an official proposal in the near future.

Representatives of the 72 Football League clubs heard the feedback from the consultation period, which ended in April and drew more than 1,700 individual responses from clubs, fans and official bodies.

The clubs then discussed the issue in their divisional meeting before returning with their conclusions.

Strong support had been anticipated from League One clubs. However, the potential cost of installing an artificial surface - in the region of £500,000 - combined with the likelihood that a club would have to replace it with real grass if they won promotion to the Championship are thought to have counted against the idea.

The Premier League and Professional Footballers' Association were among the official bodies against the reintroduction of artificial pitches.