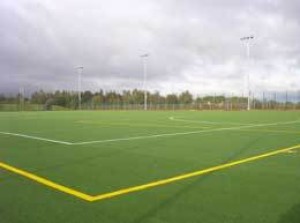 The Professional Footballers' Association has criticised Football League plans to introduce artificial pitches in League One and League Two. Chairmen from the bottom two divisions indicated at a meeting in September that they are in favour of 3G surfaces being used from 2015-16.

The proposal could be approved at a further meeting in November. "The PFA are surprised and disappointed by the recent decision," the PFA's Simon Barker told BBC Sport.

"It is a concern that the PFA as representatives of the players has not been asked to make representations before the club chairmen voted as ultimately it will be our members playing on these pitches."

Barker, assistant chief executive at the PFA, added that the League Managers Association had also not been consulted and raised fears over injuries and damage to the sport's integrity. And he added that a survey of the PFA's members two years ago conducted as part of a wider consultation by the Football League saw players vote overwhelming against the reintroduction of artificial pitches.

Back in September, 26 out of 46 chairmen voted in favour of introducing the surfaces in theory after watching a presentation on the benefits of 3G surfaces.