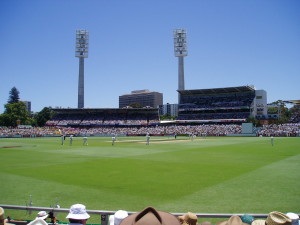 Plans have been unveiled which include moving all Australia's Test matches against England, South Africa and India to the new 60,000-seater Perth Stadium.

The WACA will be renovated and maintained as a "boutique stadium".

Lillee, president since 2004, told the West Australian newspaper: "I cannot stand by and watch what is happening at the WACA. I do not wish to be part of it any longer."

The WACA's Vision 2030 report says the new stadium will be completed by 2018 at a cost of 1.2 billion Australian dollars (£552m). England's next tour of Australia takes place between November 2017 and January 2018 which could see the last Ashes Test between the two countries played at the WACA.

England have a dismal record at the WACA, winning once in 13 Tests. Their last visit in December 2013 saw them lose by 150 runs to go 3-0 down in the series and lose their grip on the Ashes. Alastair Cook's side regained the urn by beating Australia 3-2 in this summer's series.

The existing Waca is set to be renovated to host international matches against countries other than England, South Africa and India and Sheffield Shield matches. It will also host Australian Rules football matches.