by Louise Challiss
in Machinery & Mechanics, Schools & Colleges, and Conservation & Ecology
on 26 Nov 2021

0 Aspen, fuelling a cleaner campus at the University of Chester

As part of an active campaign to reduce their impact on the environment, the grounds department at Chester University have recently made the switch to Aspen Fuel for their remaining petrol-powered equipment. This is not the first time that Grounds & Gardens Coordinator Dan Cristofoli has used Aspen 2 and 4-Stroke petrol, however for his team, the improvements the fuel makes to both the running of the machinery and their working conditions are now being discovered! 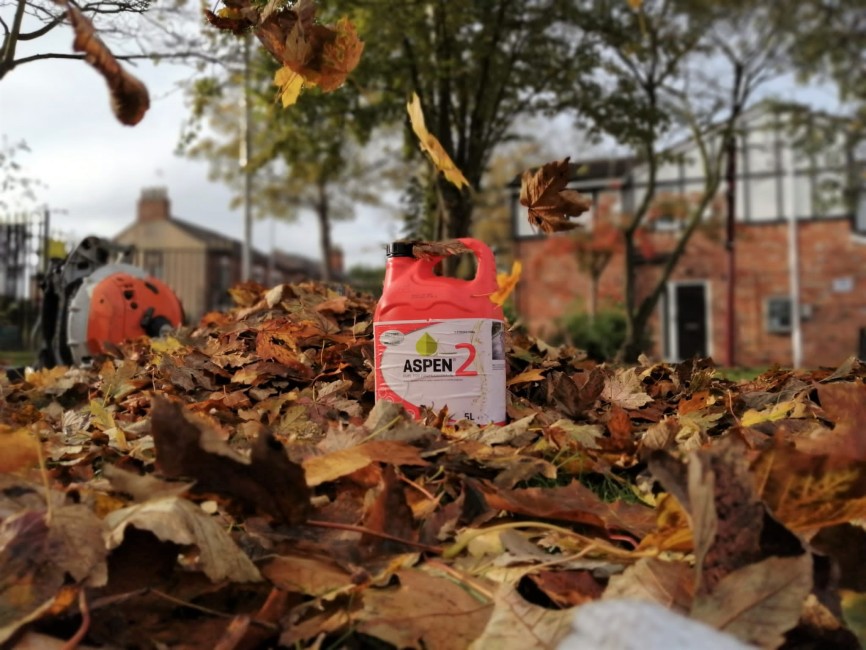 Sustainability is a big focus across the University campus, with Dan and his team of six grounds technicians overseeing a number of wildlife and biodiversity projects, along with maintaining everything around the site that is green and growing! "We have been progressively switching some of our fleet over to battery powered equipment to reduce our carbon footprint" explains Dan, who has been at the university for three years. "However, there's some items which are difficult to substitute and that's where the Aspen product comes in - helping us to reduce pollutants, both for the operator and to the environment."

Dan first heard about Aspen when he undertook a chainsaw training course in a previous role, with Phil Dunford of chainsawtraining.com. As an Alkylate petrol, Aspen is virtually free from benzene, as well as sulphur and many other harmful hydrocarbons meaning it burns 99% cleaner than ordinary petrol. Also being free from ethanol, Aspen maintains engine performance and preserves the life of component parts which can be susceptible to failure.

"We made the switch at the start of the growing season and straight away discovered the convenience and time-savings associated with having the Aspen fuel delivered by the pallet directly to our site. From a risk assessment perspective, reducing the need to make regular trips to the petrol station is a great plus point. On the ground, the operators have all commented on the reduction in odours when operating the equipment and with the chainsaws, they've noticed how much smoother they're running."

"As we head towards the winter months, another benefit is Aspen's extended shelf-life" Dan adds. "We can continue to run equipment and then put it into storage and not have to worry about it clogging up, causing problems when we come to use it again in the new year."