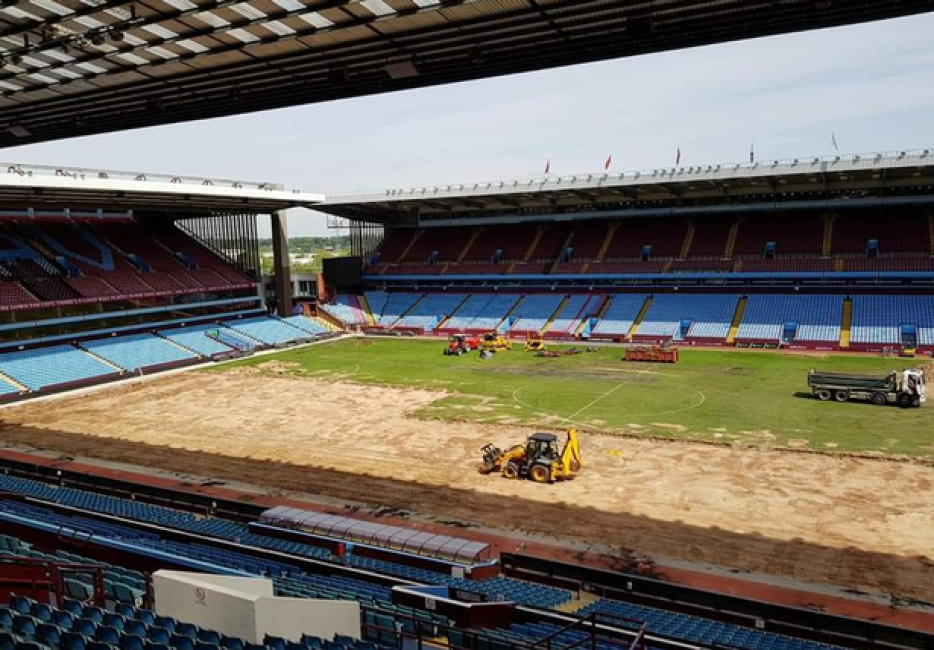 The playing surface at the claret and blues' iconic home has been showing serious signs of wear and tear throughout the second half of the 2017/18 season.

While it looks relatively easy on the eye from afar, the pitch cuts up underneath the foot and hasn't been ideal for the players despite their wonderful record on home turf.

Just days after Villa's play-off semi-final was played at Villa Park, the club has set about digging up the turf and fitting a state of the art irrigation system in time for next season's big kick-off.

Operations director Ian Dimmock said: "Not only will we be getting a state of the art desso pitch, we are also putting in a new irrigation system. That means we can get more water on the pitch when we need to. You may have seen that only two sprinklers are used at any one time. We don't have enough pressure to have more but we need more water on the pitch to maintain it. 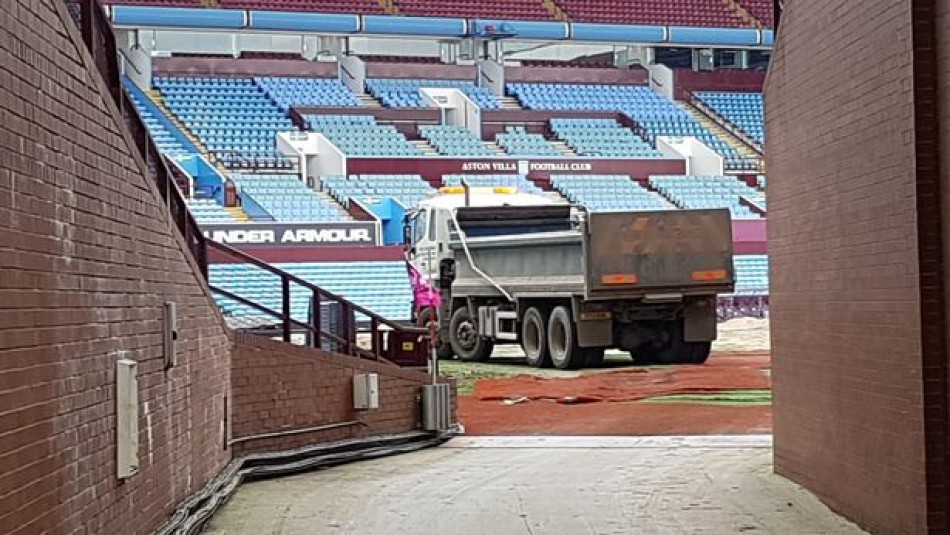 "The new irrigation system also uses very sophisticated UV, which kills bacteria before it gets to the pitch. If you have ever experienced a strong smell around Villa Park that's because currently we have to spray garlic on to the surface to fight bacteria that's in the pitch.

"Another thing we're changing with the pitch is the camber. It's currently 250ml.

"Standing at the dugout you pretty much can't actually see past halfway.

"We're reducing it down to 100ml. That falls in line with the best stadiums in the world and gives the coach the ability to see the full playing surface perfectly.

"Is it vital we do it? Absolutely. It's 12 years old and past the end of its 10-year natural life cycle. To maintain it to a high standard is what everyone wants and it's becoming increasingly difficult with the current pitch.

"I think this was the only option. The grounds team do an incredible job. To get that pitch to what it looks like on matchday from what it's left like after a matchday is unbelievable. The turnaround is astonishing."

You can read the full article from BirminghamLive HERE