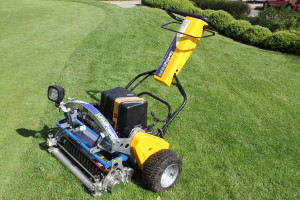 I always find it fascinating to see the development of new products and services. We often take for granted the tools and machinery we use on a daily basis in the turf grass industry, never really taking into account how they came to be made and developed.

Take the lawn mower for example; it was invented by Edwin Budding who had the idea after seeing a machine in a local cloth mill which used a cutting cylinder (or bladed reel) mounted on a bench to trim the irregular nap from the surface of woollen cloth to give a smooth finish.
Budding's mower was designed primarily to cut grass, as a superior alternative to the scythe, and was granted a British patent on 31 August 1830.

It took ten more years and further innovations to create a machine that could be worked by animals, and sixty years before a steam-powered lawn mower was built. The first machine produced was 19 inches in width with a frame made of wrought iron. The mower was pushed from behind with the motive power coming from the rear land roller which drove gears to transfer the drive to the knives on the cutting cylinder. 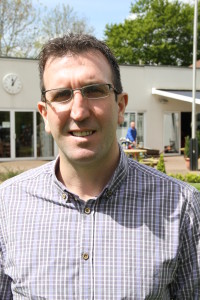 Since then, we have seen all manner of modifications and developments to this simple concept of cutting grass. One of the most significant developments in recent years has been introduction of the cassette systems for mowers. The concept of having one machine that could undertake different cultural operations - scarifying, verticutting, aeration and brushing has revolutionised the way groundsmen and greenkeepers maintain their natural grass playing surfaces.

The concept of the cassette system was originally invented and brought to market place in the 1960s by JP Mowers, who were bought out by Dennis Mowers in 1990, who again saw the potential of this system and subsequently developed a range of cassettes for their mowers.

The concept of cassettes has spurred other manufacturers to develop their own bespoke systems. One company that has become a major supplier of bespoke cassette systems is Advanced Turf Technology (ATT) based in Sheffield.

This company, under the guidance of John Coleman has designed a wide range of cassettes that are universal and can be fitted to any other manufacturer's machines. A recent factory tour enabled me to see at first hand the development and manufacture of this cassette system, known as the Advanced Turf System.

John comes from a greenkeeping background, having spent several years helping build and grow-in a number of European golf courses from the mid 1980s to late 1990s. This developed into an agronomist/consultancy role which gave him the chance to develop a number of cultural practices to help speed up the establishment of the playing surfaces.

These changes were centred on refining the level of agronomic work done to improve plant health, with increased inputs of aeration, verticutting, grooming, scarifying and mowing.

What followed was an opportunity for John to design, build and bring to market, via his company Advanced Turf Technology, a brand new range of interchangeable cassettes that have come to be known as the TMSystem™ for triplex greens mowers which, over time, was developed further to produce a pedestrian version called the INFiNiSystem™. 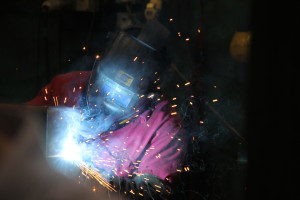 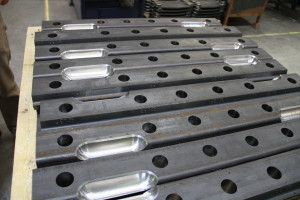 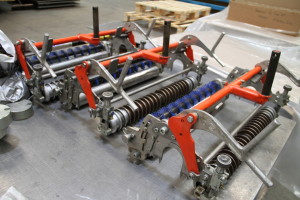 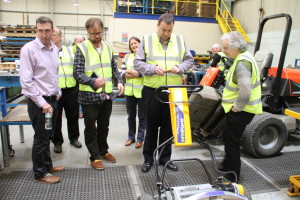 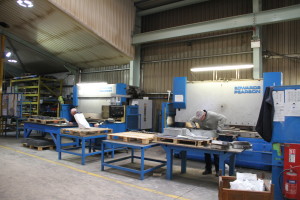 The ATT facility is based within its sister company AET (Advanced Engineering Technology) in Sheffield. AET is a steel and metal fabrication manufacturer specialising in high end engineering, using some of the latest state of the art laser cutting, CNC machining processes to manufacture specialist component parts for other companies.

This partnership came about through marriage when John got married to one of the AET owner's daughters; this enabled him to take up a brand new challenge, bringing years of project management into a factory environment.

This led to John taking up the opportunity of designing and finally manufacturing his revolutionary TMSystem™ and INFiNiSystem™.

The idea of building an interchangeable cassettes system came as a result of years of conversations with head greenkeepers who, like most practitioners, had their own ideas on how to improve ways of working, often wishing they had a better, mower, scarifier, aerator, that was quicker, easier to handle. Having taken these thought on board, John made a concerted effort to come up with something innovative.

Coupled with the fact that every golf course had variable amounts of different equipment in their sheds, he felt there was need to be more consistency in the choice of products available, hence the production of the multi-functional TMSystem™.

The Press briefing started with an introduction by John and his new partner in the business, Tim Merrell from the Grass Group. Both are dedicated driven businessmen who, between them, have a wealth of industry knowledge and expertise, which helps when trying to develop and market new products. 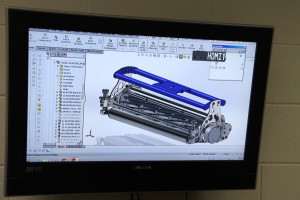 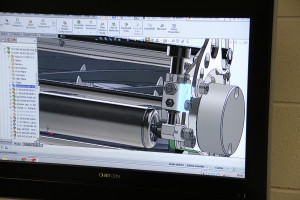 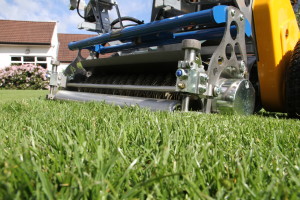 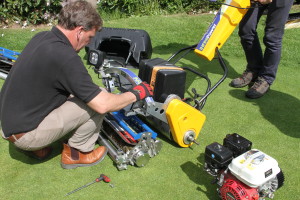 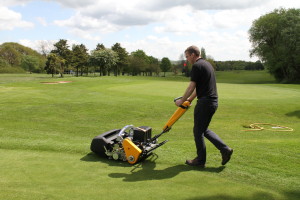 We then proceeded on a factory tour, seeing at first hand all the processes of a large steel metal fabrication plant. The company is not a small business, it has over 170 employees and works shifts to meet the demand for its products.

We saw all the stages of manufacturing, including where raw sheet metal was being cut by the computer set lasers and metal presses. We also saw the various welding bays that play an important part in the manufacturing process and, finally, the research and lab testing areas, where products and components are designed and tested.

The factory was certainly a very busy, with a high turnover of end products being made, which included parts for JCB and Railtrack.

The company has developed a unique range of cassette systems that can be fitted to other major mower manufacturers' machines. All in all the company can offer customers 11 different cassette options, enabling the end user to carry out several cultural operations using one power unit. As for the cassettes themselves, you are spoilt for choice. These were demonstrated to us on the second day, at the nearby Dore & Totley Golf Club, by Ian Sinclair, an ex greenkeeper (13 years) who has a flair for engineering and has been appointed Operations Manager at Advanced Turf.

We were able to see a range of cassettes being used on the golf green. I was particularly impressed with the grooming and verticutting cassettes, along with the quality of the floating head cutting cassettes offering 7, 11 and 14 blade options, all with wrenchless height adjusters.

From my standpoint, both systems offer great versatility in the work that can be done by the impressive choice of cassettes on offer.

I sure we will see a lot of these cassette systems filtering into the bowls and cricket markets, providing a standalone system that gives the groundsman greater flexibility in the work he can achieve.