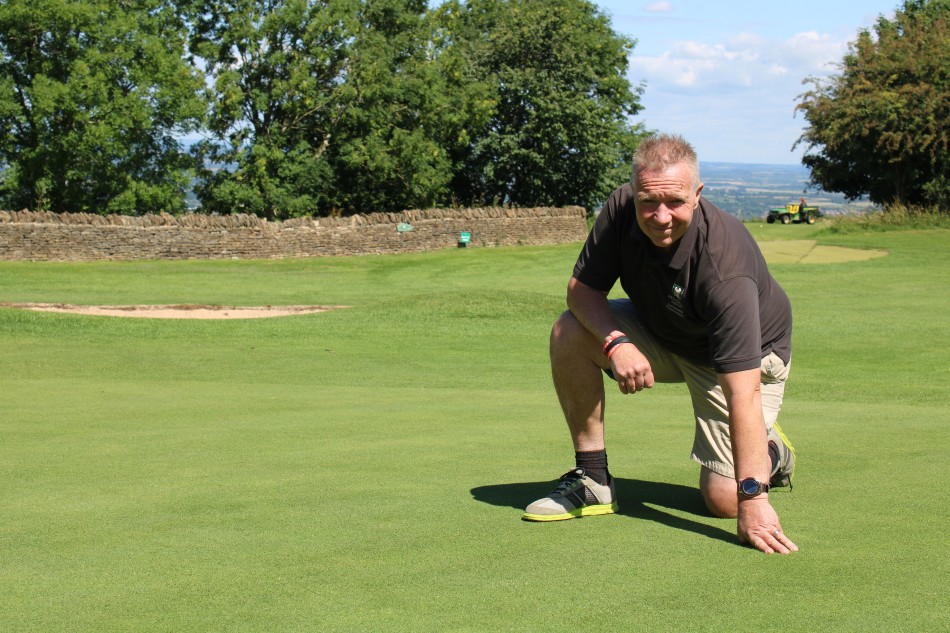 "We measured our clip rate before using Attraxor® and it was 25.9ml/m²," said Jamie. "The day after we had applied the product the clippings had reduced to 17.7 ml/m² - an almost 32% reduction."

Jamie first had his head turned by BASF's Attraxor® when he heard that the product offers 70 percent biomass reduction and up to 75 percent increase in sward density. It was at this point that he sought the advice of Ray Hunt from Agrovista Amenity to find out more about the unique PGR.

"Jamie was looking for improvements with his PGR programme to achieve greater consistency from fewer applications and Attraxor was the best fit, so he decided to try it," said Ray.

Jamie went ahead and was pleased to see quick results.

"The greens are predominately Poa annua," he said. "We have been over seeding with Bent two or three times a year to create a stronger balance. When I looked at Attraxor® I saw it had a direct effect on the seed head production of Poa, so I wanted to be careful to not stress the greens too much. The label for Attraxor® states that a reduced dose of 0.5-0.65 kg/ha is sufficient in areas with high density of Poa annua.

"We started on 26th June with a 0.5kg/ha dose and also used five kilos of sulphate of ammonia in a 300-litre tank to counteract any potential discolouration it may have caused. It worked straight away, we saw a reduction over night and there was no discolouration to the Poa or apparent stress which gave us the confidence to continue." With 34 years' experience and the son of the previous Greenkeeper, Jamie felt confident to up the dosage after the first application. "I chose to see if we could realise any benefit from increasing the dose to 0.6 kg/ha. I made the second application on 10th July at the increased dose. The clip rate on the 10th was 20.34ml/m², and ten days later it came down to 16.36ml/m²," he said.

Since using Attraxor® he has seen no adverse effect to the colour and the sward density has remained high. "It was worth trying the higher dose rate but we don't need it, so I will be using 0.5kg/ha in the future. Attraxor® has fitted in well and is reducing the clippings considerably whilst helping to maintain sward density," he added.

On the tees Jamie and the team have taken a different strategy. "We keep the grass longer and have more rye on the tees, so we opted for a dose of 1.0kg/ha for the first application. We don't measure clip rates in the same way but, following the first application a week ago, the reports are good, and a visible reduction has already been reported," he said.

Commenting on the positive results, Agrovista Amenity's Ray Hunt said: "It is great to see that Jamie has achieved greater consistency with Attraxor® through fewer applications and that he has now extended the programme to tees and aprons. By using Attraxor® throughout the course, in areas that are cut regularly, Broadway GC has experienced greater control of the turf and fewer clippings."

Jamie will typically apply the product until temperatures start to fall in September or early October. "We have opted for a 150-growth degree day (GDD) for Attraxor® and it is working well. In the past I have used Primo-Maxx with a GDD of 100 at the start of the year and then adjusted to 150, so I may opt for this at the start of the season with Attraxor® too.

"It is clear that Attraxor® has a strong effect and I will be using it in the future because even at a low dosage it is very effective on the green and at the higher dosage it is also working well on other areas of the course, so it's here to stay," he concluded.