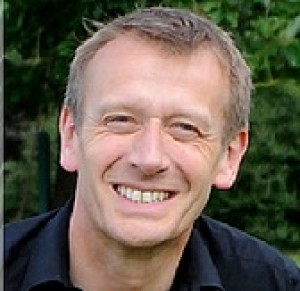 Austin Jarrett, MD of Allett Mowers has completed what's described as the most gruelling footrace on earth. His target was to finish in the top 100 which he certainly did finishing in 60th position overall and coming third in his age group. Austin also achieved 52nd place on the longest, toughest day of the race which was a massive 81.5km.

Austin who only took up running 10 years ago completed the race after deciding in 2012 he needed a challenge. He put his name on the list in June 2012 where entries were being taken for the 2014 race due to the 2 year waiting list. All places for the race were filled within 2 hours.

The race was the Marathon Des Sables, a gruelling six day, 156 mile race across the Sahara Desert in temperatures of up to 100 degrees Fahrenheit. To put into perspective this is the equivalent of running from London to Dover deciding not to go to France after all and running back again.

Below you will see a breakdown of the distance you would travel over the 6 days.

In summary the Marathon Des Sables is a six day race. There is only one rest day. The distance is about 254 km and the longest stage is about 91 km.

The rules of the race call for all entrants, of which there were over 1,000, to be self-sufficient, carrying everything they will need for the duration of the race, apart from water, in order to survive. They are each given a space in a tent to sleep at night, but any other equipment and food has to be carried.

"The race was one of the toughest and most demanding things I have ever done, yet also the most rewarding," explains Austin. "After months of training, crossing the finish line on day six was a fantastic feeling and knowing that I was doing it all for charity definitely kept me going."

The race has been running since 1986 and over 12,000 competitors have taken part over the years.

Below are some interesting statistics about who has made up those 12,000 runners.

As shown in the figures above you don't have to run the race or be a particular age. Walkers make up 10% of the 12,000 people who have competed in the race over the years and the oldest ever competitor was 79 years of age proving anyone can take on the Marathon Des Sables if they put their minds to it and are willing to take on the challenge.

Again looking at the figures below it really does show the extent of the race and how many are involved on top of the entrants.

• 130 volunteers on the course itself

• 4 quads to ensure environment and safety on race

Rather than running for one particular charity, and being funded by that charity, Austin paid for all his own expenses. This means that all of the money he has raised goes directly to his chosen charities. These are:

Help For Heroes - A charity which has helped so many soldiers and their loved ones through tougher times than we couldn't even begin to imagine. Help for Heroes supports those who have fought for us, and with donations and fundraised money the charity receives, they are able to continue to change the lives of people who made the ultimate sacrifice.

The Eve Appeal - Austin chose this charity on behalf of a friend who won her battle with ovarian cancer in 2012. This is the only national gynaecological cancer research charity in the UK. They work to raise the awareness of gynaecological cancers. Major breakthroughs are already being achieved towards improving survival rates of women with gynaecological cancers through the Department's pioneering research into screening, early diagnosis and risk prediction.

Voluntary Services Overseas - Austin served with VSO in 1986/7 after leaving college at a rural school in Fiji in the South Pacific. He explains "as a VSO volunteer, you live and work alongside local professionals in developing countries, helping improve the quality of life for people who need it most".

Oak Tree Farm Rural Project - This is a charity that is based in Austin's local area. It was initially set up by a group of parents and others interested in providing another option for school leavers with a learning disability and is now a registered charity and a Company limited by Guarantee. Oak Tree Farm provides training and supported occupation for adults with learning disabilities, in a rural environment.

Discussing his chosen charities Austin said "I have raised over £14,700 so far, but my target is £20,000 and I will not stop fund raising until I have reached it. I would like to take this opportunity to thank everyone who has sponsored me so far and I can guarantee every penny will go towards four very deserving organisations," adds Austin.

And you can still sponsor Austin here