Mitchell Starc claims he and his fellow Australia fast bowlers have left England confused as to what pitches to prepare this summer but believes whatever is served up for the third Ashes Test starting on Wednesday, the home batsmen will be jumping around once more 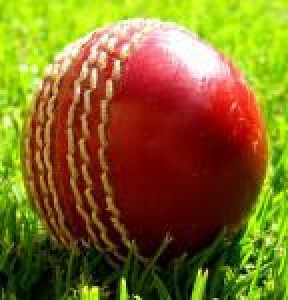 All eyes have turned to the surface at Edgbaston, which exhibited a tinge of green on Monday, after Alastair Cook's side were steamrollered for 103 in the space of 37 overs for an emphatic 405-run defeat in the second Test on a supposedly lifeless Lord's surface.

The Warwickshire groundsman, Gary Barwell, has been using gro-lights confiscated from local cannabis growers by West Midlands police to aid his preparations for the Test and will be mindful that both Cook and England's head coach, Trevor Bayliss, called for seaming pitches in the aftermath of that series-levelling defeat.

But whether Barwell delivers a track with bounce and seam movement or not Starc believes the extra pace in Australia's attack puts the tourists in the ascendancy, especially after seeing Mitchell Johnson cause Moeen Ali problems with the short ball in the last Test.

"They're not really sure what they want to do now," Starc said. "Some of their team want batting-friendly wickets and that hasn't helped them at Lord's. They want to get their bowlers back in the game but we've got the pace as well. It doesn't matter what they dish up. We've got all bases covered.

"I am sure we will be following suit from what Mitch dished up at the end at Lord's. It is great to see a few of the guys jumping about and we got a few wickets that way. To take 20 wickets on what was described by a few as pretty slow and dead was a good effort from all the bowlers.

"We have got extra pace on our side. Hopefully there is a bit of pace in this wicket and it is a bit harder than the other ones we have played on. The short stuff will definitely be on the menu."

Barwell, who last week promised a bouncy Edgbaston pitch, was joined on Monday by the England and Wales Cricket Board's pitches' liaison officer, Chris Wood, and the Lord's head groundsman, Mick Hunt, as the ground prepares for its first Ashes Test in six years and a record crowd in excess of the 101,538 who passed through the gates in 2009.

They will see a tweaked England side who have reacted to their Lord's horror show by dropping Gary Ballance for his Yorkshire team-mate Jonny Bairstow, with Ian Bell promoted to No3. The vice-captain, Joe Root, said their last performance was now "irrelevant" and expects a response. "Throughout this summer we've always come back from heavy defeats well," he said. "There's so much confidence in the camp and we'll be looking to put them back on the back foot on Wednesday."

England have concerns in their seam attack, however, with the third seamer, Mark Wood, undergoing a fitness test for a long-standing ankle problem. The reserve fast bowler in the 13, Steven Finn, was also treated for back spasms.