Waddell has been part of the Somerset Park setup for 17 years. For all that football is a team game, there's one man at Ayr United's Somerset Park who will always plough a lone furrow. 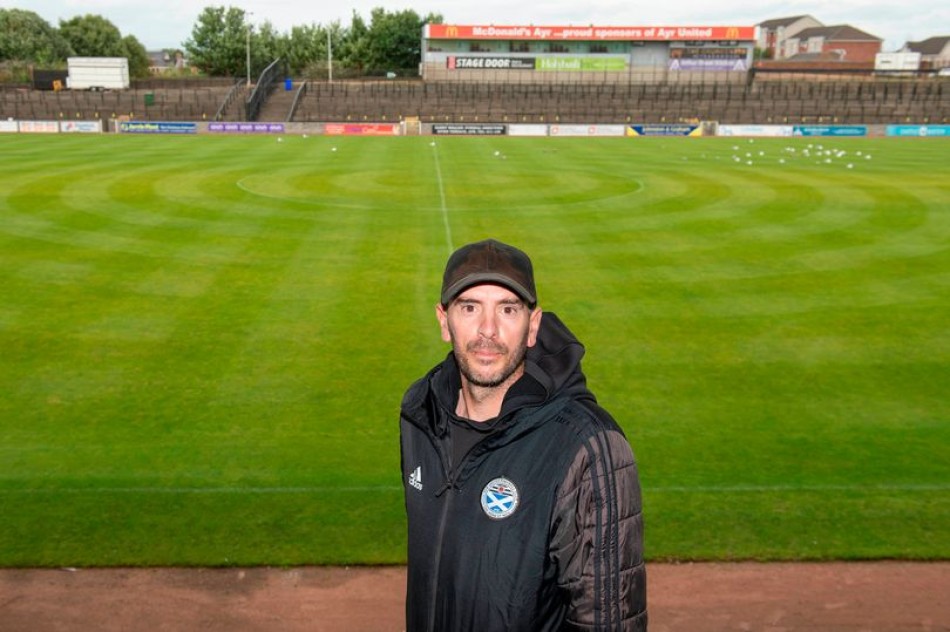 Groundsman Jason Waddell may still look like the young lad who's fresh from being Davie Harkness' apprentice.

In actual fact, he's been part of the furniture around the old ground for 17 years.

And in that time, Waddell has seen many managers, players and officials come and go.

What has remained constant, though, is his desire to produce a pitch fitting of his predecessor and mentor - a man renowned for having Somerset among Scotland's best surfaces.

The legendary 'Harko' was as much a part of Somerset Park as the terracing bars that stand bolted around the ground.

So filling his shoes was never going to be easy for Jason, who has come to know that preparing a football pitch is not for the faint hearted.

"You need a thick skin at times," he jokes. Everyone thinks they're an expert when it comes to the pitch."

"And it can be hard having to read stuff about yourself on the internet after games when people want to criticise. But I just have to tell myself to try and ignore it."

"I know the players and managers get that after they lose a game, but I suppose I never really expected that to happen to me as a groundsman. It's something that just comes with the territory, I guess." 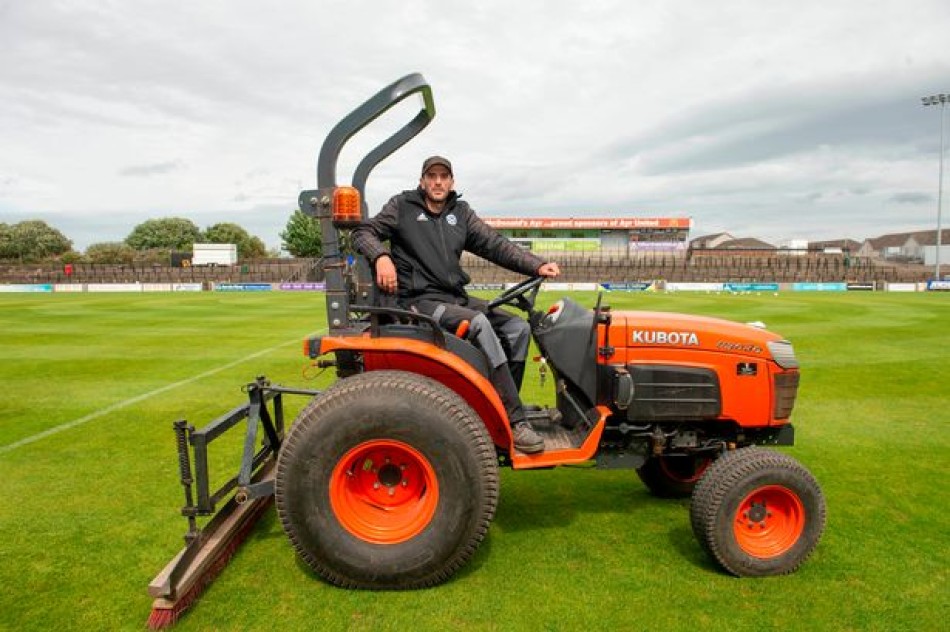 Jason is chuffed with the condition of this season's Somerset pitch. Image: Ayrshire Post

Jason, a former gardener at Ayr's Ailsa Hospital, was taken under Harko's wing at the turn of the millennium as the old timer prepared to step down.

Jason, 35, revealed: "I originally came through a Job Centre scheme and was basically helping Harko out. When he left things fell to me and I've been here a lot longer than I ever thought I would be."

"I always try my best with the pitch but it can be difficult - any groundsman will tell you they want more money to spend to make things better."

"Thankfully this summer we've spent a bit on treating the surface and it was scarified, which basically means cutting the grass to the bone and letting it grow."

"We've put down the Rolls Royce of grass seed and top dressing on it and it's come up looking really nice. I'm definitely as happy with it as I've been at any point in my time here."

And dad-of-three Jason admits his focus now is on making the pitch a real improver.

He said: "I love what I do as I'm not an inside person so this is a great job for me.

"And it's not just the pitch I deal with - it can be everything from a broken lightbulb to fixing the nets on matchday - so I try to keep across as much as possible."

"Hopefully now with the work we've done this summer the pitch will really start to bed in and we'll see the results from it."