It's official. Newlands is the best cricket ground in South Africa! Not only is the venue one of the most picturesque in the world - sitting at the foot of Table Mountain - but it also boasts the best groundsman in the country, Evan Flint. 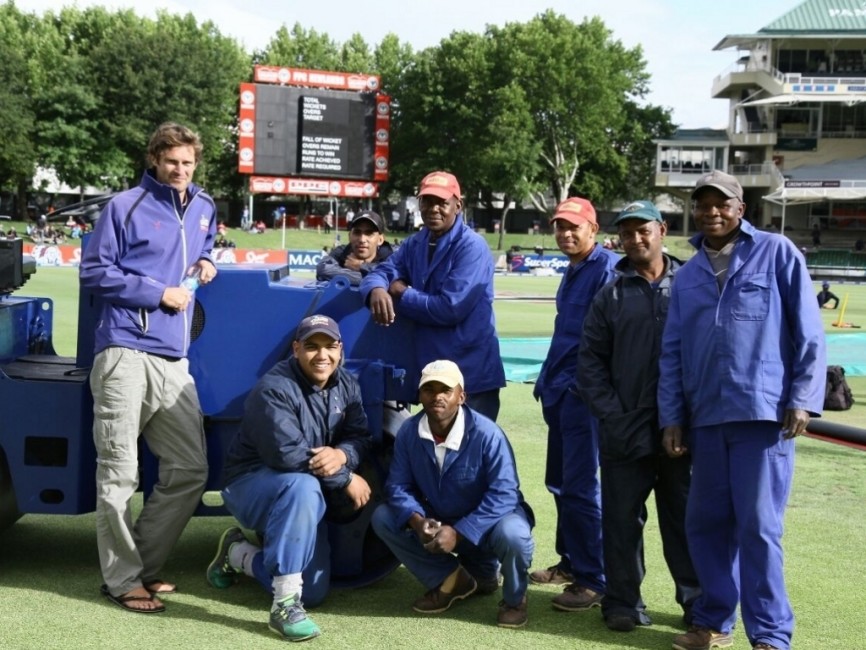 Flint scooped the Groundsman of the Year award for the second consecutive year at the annual Cricket South Africa (CSA) awards function in Sandton.

We visited Flint at Newlands on Tuesday and before we broke down what was a memorable season that saw India and Australia play blockbuster Tests at the famous venue, he first wanted to acknowledge his entire ground staff for the work they put in during the season.

Flint told Cricket365: "I'm the groundsman of the year, but it's more like ground of the year. They all come out there with me.

"I've got a great bunch of guys and they all support me and we are all willing to work the extra long hours if that's what it takes. Hopefully we can keep going."

What makes this year's prize even more extraordinary is the fact that Cape Town has been hit by a severe water crisis since the start of 2017.

Flint and his staff have had major restrictions on the amount of water they can use at the stadium forced upon them from the City of Cape Town, obviously a hindrance to the job they do.

The curator said: "We had issues on the outfield particularly. We couldn't change too much because of the nature of the soil and you have to water it otherwise it's just going to crack to pieces. 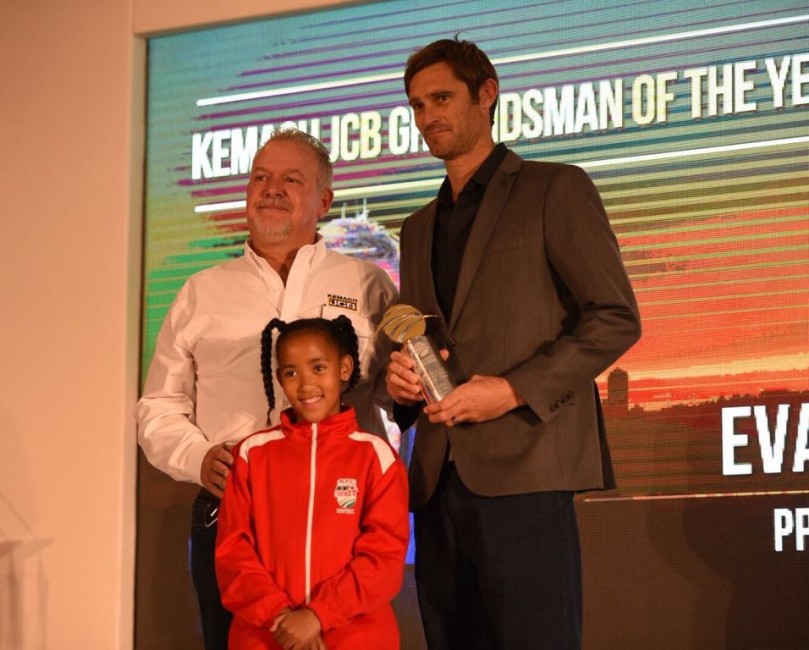 "So we got exemptions from the City of Cape Town and we are using borehole water anyway, so at times it didn't look as good as what you'd want, but it always played sort of the way it should."

"It was always smooth, it just didn't look great towards the end."

With water already scarce, the pressure on Flint and his staff ramped up even more when India arrived in January to play the first Test of a three-match series against the Proteas.

What didn't help was the fact that all the talk before the series was about how the pitches will play and the need for the Proteas to get home advantage from the surfaces.

Flint said: "It seemed like there was too much hype around pitches - particularly when India got here."

"Obviously because of what happened to the Proteas when we went to India (in 2015), so they came here and it was kind of like we had to get them back. It just seemed as though everything was about the pitch."

Flint admitted before the India Test that he was feeling the pressure, but he received rave reviews about the surface from India captain Virat Kohli, even though the visitors lost inside four days - with a full day rained out.

After a 72-run victory for the hosts, Kohli said: "The pitch was outstanding. It was great for Test cricket. It was not one-sided as both teams were in it at different stages." 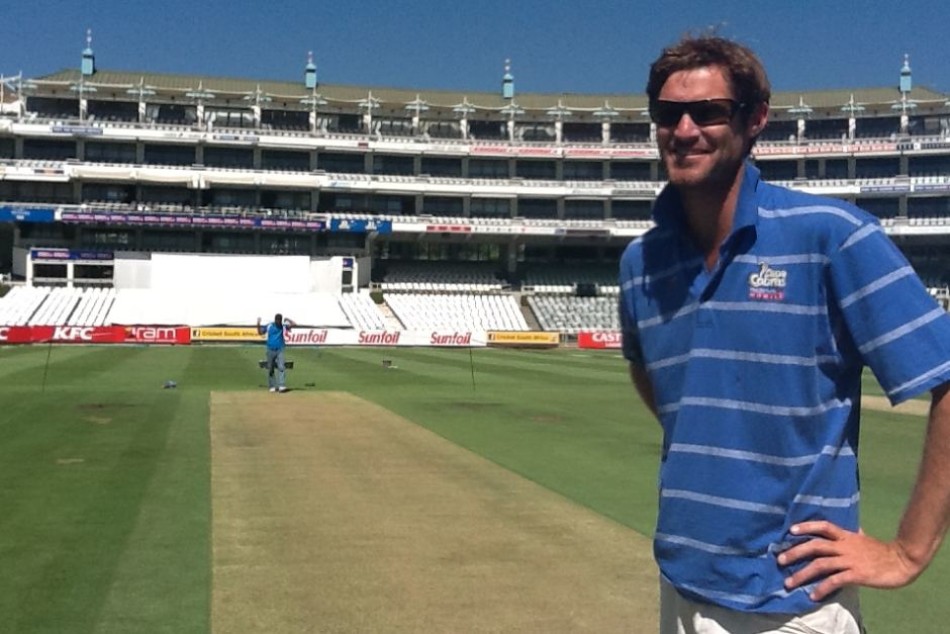 Curiously Flint did not agree with Kohli about the surface that was produced for that particular game, the groundsman saying that it favoured the bowlers too much, especially the seamers.

He mentioned the fact that no centuries were scored, while the pace bowlers enjoyed the conditions too much, comparing the match to eating good food from a fast-food restaurant.

"For me, it was always exciting but it was also like take-away food, you know. Every now and then its good to have a take-away, but if it becomes the norm there can be issues to your health", Flint smiled.

"But it was too one-sided in favour of the ball. There were no hundreds scored, we got a couple of sixties but, like I said, maybe its a good thing every now and again."

The talking point of the South Africa summer though was THAT series against Australia. It was of course at Newlands, on the third day during the third Test, when the Aussies were caught cheating - sandpaper and all.

Once Cameron Bancroft was caught by television cameras taking an object out of his pocket and trying to alter the condition of the ball - and then putting the sandpaper where the sun doesn't usually shine - the result did not matter to everyone, except the Proteas.

The scandal took it's toll on the visitors and they were mentally just not up to competing with a good Proteas outfit that was smelling blood.

The hosts eventually cantered to a 322-run win in a game that was shaping up nicely after the first two-and-a-half days.

Flint added: "For me, that Australian Test pitch was one of the best pitches I had prepared."

"I think it's a pity Australia fell to pieces after what happened. But in terms of pace, bounce and consistency it just, to me, looked like it had everything. If we'd gone on to Day five, it looked like it was starting to spin as well."

"Luckily, all four Test pitches in that Australia series were all pretty good. So ja, for me, if Australia hadn't caught on their nonsense, then I think we would have had one of the good Test matches."

Flint laughs about the ball-tampering incident when I put to him that it was because of his unresponsive surface that Australia had become desperate and resorted to cheating. 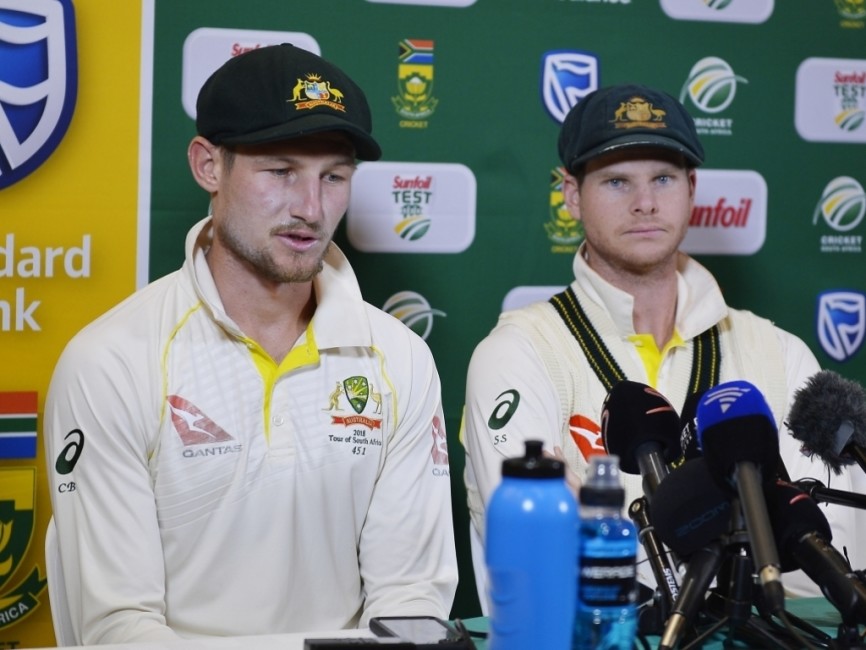 So how shocked was he? Did he ever think an Australian side would do this kind of thing on a cricket field?

Flint said: "You see it on the big screen. And you're 'what's going on here?' And then everybody kind of got into it. We still haven't found the piece of sandpaper. Luckily it stayed where he put it - I hope!"

"It's sickening. As a cricket lover, it was like 'ag no man, guys'. And everyone always talks about how these Australians are such arrogant people, and they're hard.

"I can honestly say that off the pitch, Australians are always the most decent guys to come and practice and play. They always kind of help you out with putting a net up, they'll always say 'good morning' or 'well done'.

"The public love to hate them because its Australia and I'm the same. I always want the Proteas to beat Australia. But if you take that out of it, they're always decent guys.

"So it's strange that they went to those lengths. Like the culture that existed in the team, hey? Hopefully it comes right."

With two groundsman of the year trophies now sitting pretty in his office, Flint said it is a 'nice accolade to have' but he just wants to keep producing good surfaces that will see good cricket being played.

He added: "It's not something you set out for. It's not like at the beginning of the season you set out and say 'I want to be groundsman of the year'.

"So it's a nice thing to have, something to put on your CV but I'm not sure how much it actually means in terms of the nitty-gritty. The other thing is that us as groundsmen, we're not really competing against each other.

" I'm not trying to be better than St George's or better than the Wanderers. You kind of just want to see an improvement in your own performance each year.

"As long as you keep your standards and it helps you to get better. I suppose it's nice to see that there wasn't a potential drop in standards (from last season) so that's more of an important thing for me."

The final word by Flint is reserved for his employers - the Western Provice Cricket Association (WPCA)- saying he is grateful that they just let him get on with his job without any interference.

Flint concluded: "The CEO (Nabeel Dien) - who is the one I report to. The environment is being created where I can just get on with it and do my thing, which I think is great.

"Maybe not enough groundsmen in the world have that kind of environment. And once you get that, it's really great to have it."

You can read the orginal article from Cricket365 HERE