"Coventry Cathedral, one of the UK's most iconic 20th Century buildings, sits alongside our university square and, with the campus covering over 20% of the city centre, we play an important role in its visitor experience and economy"

Many Universities are going through major refurbishments to ensure they can meet the ever-growing demand for higher education. And, although Government spending cuts threaten a reduction in available places by 30%, student intake to universities is currently at the highest level it has ever been.

The university experience is not just about what degree courses are on offer, it is also the culture, ambience and quality of facilities that attracts students.
For many, sports and pastimes are just as important and, therefore, a number universities have been investing heavily in these facilities.

The diversity and demand for sport creates a daunting fixtures list across both natural and artificial surfaces, and the constant demand for play, coupled with the aesthetics of the campus puts a heavy responsibility on the groundstaff. With flower beds, amenity grass areas and formal landscape displays also in the public eye, it is important that the grounds look in tip-top order.

One such establishment currently upgrading its facilities is Coventry, one of the new breed of universities born out of the Further and Higher Education Act of 1992. Formerly a polytechnic, Coventry has made great strides achieving a 'highly commended' in the Entrepreneurial University of the Year category at the Times Higher Awards 2008.

But they are not resting on their laurels. Their aim is to keep on improving, investing heavily in developing state-of-the-art facilities, with £160m earmarked for improvements over the next ten years. 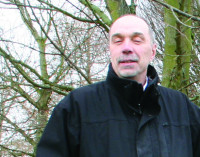 Responsibility for the grounds goes to Stephen Beasley, who was appointed Grounds Manager in June 2008. However, the role changed quickly to include the public realm and then, following restructure in mid 2009, his title changed to Site Services Manager.

This role brings together the main areas of front line service, including the management and development of the university's grounds, (including the main campus, Westwood Heath sports and conference centre, student houses and student accommodation), the university wide vehicle fleet, cleaning services, postal services and the public realm.

He also has experience in managing 'Britain in Bloom' campaigns, achieving a silver gilt in the national finals and, one of his favourite schemes, the development of Swift Valley Park, a large area of "countryside on the town's doorstep" managed with sustainability as a prerequisite. This involved the use of highland cattle for grassland management and a significant area of water meadow being created.

Stephen has a strong horticultural background, undertaking a traditional apprenticeship including study at Pershore and Reaseheath colleges. He is also a current Green Flag judge. 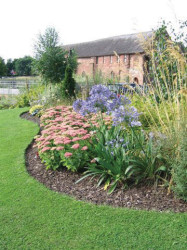 "Like everyone else" says Stephen, "the university is not immune to the downturn in the economy, and budget cuts are a fact of life. Attention to detail, market testing and, importantly, reviewing how and why we do things, has helped ensure we are best equipped to manage the facilities."

"We have embarked on a plan to upgrade both the quality and quantity of the universities landscape with sustainability and biodiversity as integral elements. With much of the landscaped areas simply being 'leftover space' from the new buildings of the 1960/70s, and of typical 'council' style planting, which offers only limited amenity value and inherent maintenance difficulties, my aim is to turn 'spaces' into 'places' and use landscape as the cohesive element. Developing a national collection of Redbud trees (Cercis sps) is one of the ways we are doing this."

"Coventry Cathedral, one of the UK's most iconic 20th Century buildings, sits alongside our university square and, with the campus covering over 20% of the city centre, we play an important role in its visitor experience and economy," says Stephen. "It is, therefore, vital that we maintain and develop a clean, safe and, above all, attractive campus for our students, staff and visitors."

"The university, in embarking on this ambitious ten year plan to develop the thirty-three acre city centre campus, ensured significant investment in both the soft and hard landscape. We, the grounds team, will play an essential role in this project, both in the design process and ensuring future maintenance is considered. They are exciting times."

Stephen has a team of four "commited and knowledgable" groundstaff to maintain both the sports and amenity areas. Phil Osborne is Stephen's Grounds Supervisor and has been at the University for fourteen years. He is responsible for the day to day running of the team, work schedules and developing plans, designs and programmes of work at both the university's sports grounds and main city centre campus. He has 3 years City and Guilds plus an HNC in Countryside Management.

Groundsperson, Wendy Townsend, has been with the university for six years, principally working on the ornamental gardens of the main city centre campus.
Stuart Grundy has four years service and splits his time between the Westwood Heath Playing Fields site and the main campus, undertaking sportsground maintenance and working on the ornamental gardens.

Edward Hunt has been part of the team for two years. He is currently studying a Level 3 Diploma in Sports Turf at Morton Morrell College in Warwickshire. "A great team to have working with me, who I highly regard" says Stephen

"The Westwood Heath Playing Fields forms the largest tract of land that we have to look after" says Stephen, "covering fourteen hectares. It was originally laid down as sports pitches in the early 1970s. We have four full size football pitches, two full size rugby pitches, one nine track cricket square, one artificial cricket wicket and one full size (6000m2) synthetic, sand filled pitch for football and hockey to look after."

"We carry out aeration on the outfield using a Greentech slitter and use a Sisis Arrow on the goalmouths. A Shockwave aerator is used in the autumn and we have a six foot flat roller to refirm as and when needed."

"Fertilising is carried out with our newly acquired KRM twin disc fertiliser spreader. I changed the autumn/winter feed to a 4:12:12 Evolution 2, after doing some research to ensure we were using the best product for our situation, and also carry out an annual selective herbicide application."

"All the end of season renovations are carried out in-house with the pitches being scarified using the Amazone 150 Groundkeeper. This is followed by aeration, topdressing (120 tonnes in total) and overseeding with MM60 at a rate of 20-25gms per square metre."

"The cricket square is a nine-wicket Banbury loam table with one artificial wicket alongside. MM29 grass seed was used for the first time this year and produced good results. The outfield forms part of the winter sports field."

"We cut the square using a Dennis FT510 cassette mower. I find the verticut cassette very useful on this machine" says Phil. Other machines used include a Poweroll 1.5 tonne roller, sisis Arrow and a sorrel roller. The table is brushed each morning during the season to remove dew.

A ten day prepping programme is undertaken to produce a match pitch. Stephen expects to get at least five games from each strip. Early wickets are renovated for re-use at the end of season.

The artificial pitch is brushed on a regular basis to keep it clean and ensure the infill material remains level. A contractor comes in annually to professionally vacuum deep clean the strip and the synthetic pitch.

The site close to six hundred mature trees, including several superb veteran oaks. "We carried out a survey recently, to ensure that they do not pose a risk to the public's safety. This culminated in some thinning, crowning and dead-wooding which will also help to ensure they remain healthy."

"We've got a long boundary hedge which we now flail, and an inside hedge which was laid using traditional methods, to provide more habitat for wildlife and to put some strength back into it. It's a lengthy but satisfying process. We also collect all the leaf litter with the Amazone and turn it into compost on site."

The site also includes a large pond where rare great crested newts live alongside the students and, for which, we are seeking SINC status.

The main campus is situated adjacent to the cathedral and includes a conservation area and many protected trees. Including student residences, it currently covers over thirty-five acres, but this will increase over the next ten years. 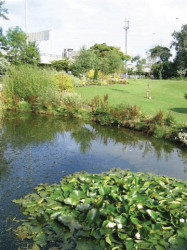 "There are a number of ornamental lawns, herbaceous and shrub mixed borders and small amount of formal bedding schemes," says Stephen. "And, there are also two pools, one ornamental with lily pads and goldfish, and the other set aside for wildlife within a managed environmental area."

"We are also responsible for a number of summer flower bedding schemes, including the maintenance of thirty hanging baskets in the central area of campus."

"Last autumn we planted over 45,000 spring bulbs as part of the ongoing programme of improvement. These included daffodils, narcissi, crocus, winter aconite, anemone and snowdrops." By the time this edition of the magazine is published, Stephen will have seen the fruits of their endeavours in all their glory.
"The winter works programme included the selective removal of old planted areas and the installation of the newly designed schemes. We undertook all the redesigns ourselves."

"Large banked areas were also renovated this winter, and planted with a selection of trees picked for their autumn colour. These were underplanted with bulbs."

"We use a Kubota G21 high lift mower to collect all the leaves which are then composted and returned during winter planting works." 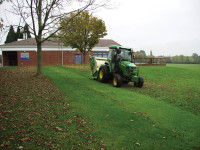 "There will be a number of new grounds and gardens to attend to once the new buildings have been constructed. These will house the engineering and computing departments and the student enterprise building. Although we have not been involved in the initial designs we have ensured, at an early stage, that the designs are practical and sustainable for us to manage before they move from paper to ground! We will be adding them to our maintenance schedule within the next four years.""

Because of this extra work Stephen and the team are looking to recruit an apprentice to join them later this year. "Loss of skills is something we all feel strongly about and want to help address." say Stephen and Phil.

Stephen has a very dedicated team who are keen to promote the skills of groundsmanship and gardening.

As for other interesting initiatives, Phil Osborne has a strong interest in wildlife and has been installing a number of bird boxes in and around the campus, which has been successful in getting many birds to take up residence.

Stephen has a very dedicated team who are keen to promote the skills of groundsmanship and gardening. From my own personal experience of having three daughters choosing which university to attend, the quality of the grounds, ambience and setting (not forgetting social activities - Ed) goes a long way to influencing the student's final decision.