0 Badgers and the Law 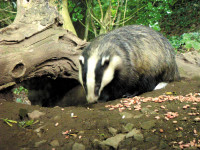 For conservationists the increase in the badger population is a huge success story. From declining numbers in the 1980s badgers have recolonised huge tracts of land, so much so that they have, in many areas, become almost urbanised, visiting golf courses, sports clubs, parks and gardens in their search for food and a suitable place to 'sett' up home. There is no doubting their beauty and they are, indeed, fascinating creatures.

But many consider that the population has now reached 'pest' proportions and some are even calling for legalised forms of control or even culling.

But beware, taking things into your own hands can result in a fine of up to £5,000 and up to six months imprisonment.

Badgers are one of the most loved and fascinating mammals that are found in the UK. They are protected under the Protection of Badgers Act 1992. The purpose of the Act is based primarily on the need to protect badgers from baiting and deliberate attempts to inflict harm, injury or kill them. However, it contains restrictions that apply more widely to various land use practices.

Under the Act it is illegal to wilfully kill, injure, take, possess or cruelly ill-treat a badger or attempt to do so; to intentionally or recklessly interfere with a sett. The maximum penalty for each illegal sett interference, badger death or injury is a £5000 fine and/or up to six months imprisonment.

Badgers live in social groups of related adults, sub-adults and cubs. Each group or clan occupies a defended territory which contains water and a variety of food sources that will support the clan throughout the year.

Each clan will normally have one litter of one to five cubs each year. Pregnancy starts at the end of November with the young born the following February. The young emerge at around eight or ten weeks but still remain dependant for a little while but can usually fend for themselves by July.

Badgers tend to prefer deciduous and mixed woodland, copses and hedgerows, particularly if these are close to open pastures. However, as urban areas expand badgers increasingly find themselves living in close proximity to people. Badgers may enter gardens as they forage for food, or even establish setts in secluded areas of larger gardens or on recreational land such golf courses.

Badgers use a variety of different setts within their territory. Some of these setts are always occupied and are used also for breeding and raising young in the winter and spring while other setts may only be used occasionally. The entrance to a sett can often be identified from its characteristic 'dome' shape appearance being wider than they are tall, with a flattened bottom. Other signs indicating the presence of badgers include snuffle holes and other evidence of foraging, latrines (small pits with droppings) and well established paths; badgers are creatures of habit and will tend to use the same pathways to reach foraging areas.

Landowners should take care when carrying out any work near setts as prosecution could result from any reckless and/or deliberate damage, disturbance or destruction. Even recreational activities such as suddenly introducing a new activity or any level of use close to a sett could cause disturbance and constitute an offence. Activities that disturb badgers whilst they occupy a sett are illegal unless the landowner has a licence. In relation to development activities Natural England provides guidelines on what activities may require a licence.