During his 26 years at Ashley Wood GC in Blandford Forum, head greenkeeper, Mark Sherwood, can count the snow days there on the fingers of both hands. With high elevation and fast draining chalk soil, extreme weather rarely halts play at the Dorset club. Indeed during winter, Ashley Wood is a magnet for those looking for year round golf. 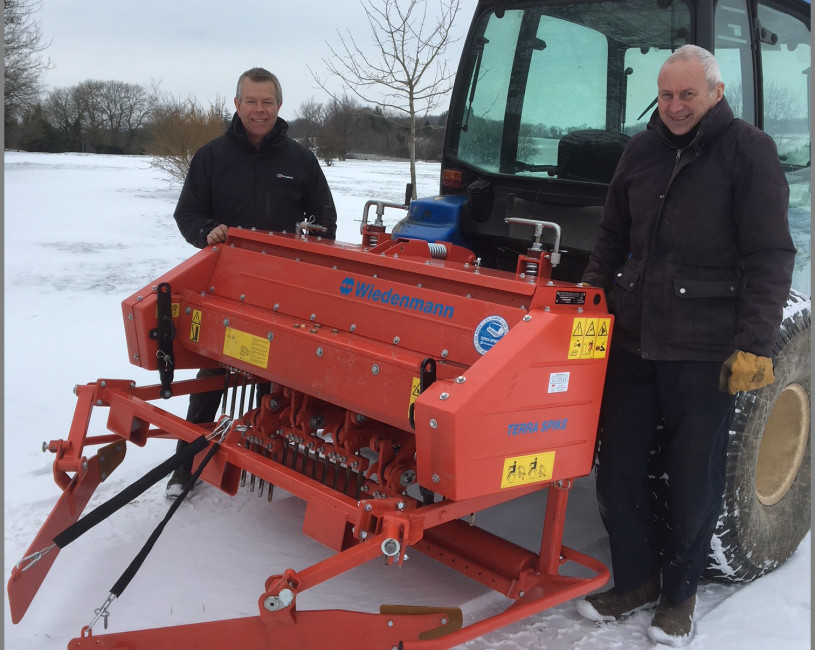 So in March, when Andy Frost from local Wiedenmann UK dealer, EG Coles of Shaftesbury and Chas Ayres, Wiedenmann UK Sales Manager, pitched up to install a Terra Spike GXi 6 aerator, everyone was hugely surprised by a 3 inch snowfall.

"The snow was gone in no time but it put a stop to the handover run," recalls Mark Sherwood. "However, that was the Monday, by the Wednesday we got on so well we were even hollow coring. It was an instant success."

Ashley Wood's GXi 6 was specifically chosen to deliver a clean finish to the greens, tees and aprons. Being busy with member and society golf leaves little down time and aeration can't be allowed to cause disruption. 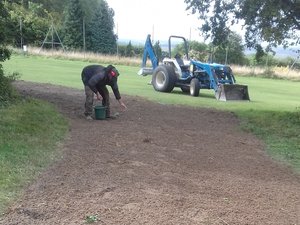 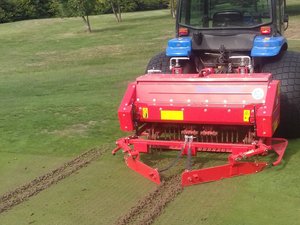 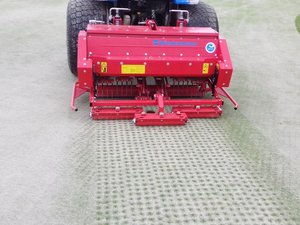 "We pushed it to see what it could achieve so we double hollow cored some greens," continued Mark Sherwood. "First pass, we used a two by one hole pattern. We then cleared all cores. Next for the second pass, we slowed right down for maximum accuracy. Once we'd sanded the greens our golfers were straight back on without any issues. Afterwards we got an endorsement I wasn't expecting. For the first time ever, several members came up to say they couldn't believe the great finish the new machine had left, even with twice the number of holes we'd usually create! Crucially, approval from our members, so we were as pleased as they were..."

Mark and his team of four have kept to their planned programme and been out every three to four weeks, varying heave and depth as appropriate.

"Mostly we've been out with solids although at the end of August we went back for few single passes with hollow coring tines. We've lots of undulation, with several of the greens particularly full of humps and bumps. The Wiedenmann follows these with no issues at all. The solid three part rear roller is a real benefit. There's a good weight on it that puts the turf back 'down'. Previously we had to keep a very close eye with our last machine where we'd have had a few ripples in the ground where the tines enter and leave the ground but now it's as smooth as silk. Once it's set it's set."