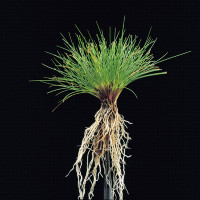 Barenbrug is launching a new traditional mixture for golf tees, fairways and roughs called BAR 20. The product has been introduced to provide customers with a 100 per cent fescue mix, which is being increasingly specified for links and heathland courses.

BAR 20 contains Bardur hard fescue (festuca ovina duriuscula) for improved drought tolerance and sward density, plus other fescue cultivars such as Barcrown, Baroxi, Chopin and Barok. With both Bardur and Barok being of the species festuca ovina, the traditional nature of the mixture is underlined and its roll in sustainable golf situations guaranteed.

Also new is an improved formulation of BAR All Bent, which is designed for fine turf applications such as golf and bowling greens. The mixture now contains 50 per cent BarKing, an outstanding new cultivar which offers superb winter colour and wear tolerance.

BarKing has achieved the No. 1 position in both Bentgrass tables (STRI Turfgrass Seed (TGS) and BPSB/STRI) for 2006. It reached the highest score for visual merit, which included assessment for wear tolerance. Its classification for winter colour was also excellent.

The company is also launching a new formulation of BAR Extreme, which has strengthened wear tolerance thanks to the addition of Bareuro. BAR Extreme offers outstanding fineness of leaf and is particularly suited to golf tees and fairways, driving ranges, cricket squares, tennis courts and polo pitches.

All the new mixtures will feature in Barenbrug's 2006 catalogue, which is being launched at BTME. The comprehensive and detailed guide to the company's cultivars and mixtures also contains advice and information on all applications, together with recommended sowing rates and depths. New for 2006 will be a detailed section on the trials programme, together with technical advice.

Photo caption: Barenbrug's new BAR 20 is a traditional mixture specifically designed for sustainable golf situations. It contains both Bardur and Barok, which are of the species festuca ovina (pictured), for improved drought tolerance and sward density.