by External source
in Equestrian
on 10 Jun 2013 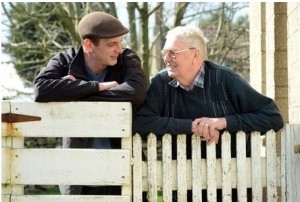 Ron Hogston, the former head groundsman at Bath Racecourse, who inherited the job from his grandfather and father, has died.

The family tradition dates back to before the outbreak of the First World War, when John Hogston began work at the course on the Lansdown plateau above Bath. His son, George, then took on the job in 1938, before handing over to Ron in 1975.

He then retired in October 2006 after about 35 years and handed the job - and the accompanying bungalow on the course - to his son Andrew.

Mr Hogston then moved down the road to live with his wife Liz, though could never completely sever his ties with the country's highest flat racing track, still helping out on race days.

He spent his childhood living in a flat beneath the stands, until his family moved into the course bungalow after it was built in 1952. The flat had two bedrooms a living room and a kitchen and Ron's own father, George, lived there as a child when his grandfather, John, was head groundsman at the course.

Speaking to the Western Daily Press in March, he recalled life at the course.

"Part of the weighing room is there now and part of an office. There were oil lamps for lighting because there was no electricity at the racecourse before about 1950. We always had a big fire going.

Mr Hogston first moved to live at the course in November 1945, when his father returned to his old job following the departure of American troops stationed at the course.

George had been invalided out of the Army and the family - with Ron then aged four - had been living at Newbury racecourse, which had close connections to Bath.

The family ties to the course stretch back further than living memory, but the last three generations share the course in their earliest memories.

Ron's father would recall being pushed around the racecourse in a pushchair by his father.

"I shoved my parents out when I took the job and now we're off to live in a cottage which is less than half a mile from the course, and was built for my father when he retired in 1975," he recalled upon his retirement in 2006.

"I didn't think Andrew would take up the challenge. He only ended up coming here when a vacancy came up and since then things have evolved and he's got more qualifications for doing the job than I've ever had."

Katie Stephens, general manager at Bath Racecourse said: "Ron was a much loved member of the team at the racecourse for over thirty years in full time employment and after his official retirement seven years ago he has still played an active role on racedays. He will be missed by all at the course who knew him and appreciated his many years of dedication."