0 Battersea - power to the council 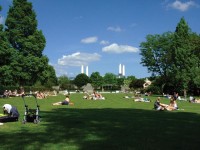 In the shadows of the iconic Battersea Power Station, and on the banks of the River Thames, is Battersea Park. Once a Victorian playground and site of the Festival of Britain, it suffered neglect under the 'management' of the Greater London Council but now, with Wandsworth Borough Council in control, it has been restored to its former glory.

Battersea Park is an excellent example of a 19th century municipal park. Created between 1854 and 1858 by James Pennethorne and John Gibson, it incorporated lakes, carriageways and central avenues and is considered a prime example of Victorian design. It is a Grade II Registered Park and, therefore, of historical importance.

The subtropical gardens, created by John Gibson in 1863-4, were one of the first of its kind. Gibson mixed exotic plants and colourful carpet bedding that started a fashion of Victorian bedding scheme design. The embankment, created by using spoil from Victoria dock in 1861, provides visitors with fabulous walks along the River Thames with views of Victorian villa type houses set in a conservation area.

During World War 1 vegetables were grown on allotments in the park and anti-aircraft guns were set up on the croquet lawn. In World War 2 the allotments and guns returned along with a pig club - a community pig farming project to provide meat during rationing - an experimental radio station, barrage balloon site and children's nursery.

The park was chosen for the site of the Festival of Britain Festival Gardens in 1951. Designed as a showcase of modernity and innovation, it was a welcome bout of optimism after the depressing post war years. The funfair, built at the same time as the Festival Gardens, were only meant to stay for one year but remained open until 1974.

Appreciated as a green space, or the 'green lungs' of South London, its value to the local residents, and to visitors from much further afield, is immeasurable. It is one of a few London parks that actively encourages cycling and go-carting, both of which can be hired by the hour inside the park.

In addition, the Thrive garden, a community led project, encourages individuals to connect with horticulture at a personal level.

The Peace Pagoda was the first major monument in central London to be dedicated to peace and adds an element of cultural diversity to the park.
Battersea Park is used as an educational resource for schools and other establishments, allowing groups to study and observe wildlife and be actively involved with conservation and ecology.

When managed by the Greater London Council (GLC), the park suffered from a lack of investment and became run down, with many areas looking tired and neglected. The GLC was abolished in 1986 and direct control was handed to Wandsworth Borough Council.

Recognising the historical importance of the park the council made a submission to the Heritage Lottery Fund (HLF) and funding of £6.9 million was announced in May 1998, with 'match' funding from the Council of £3.9 million. During the life of the project changes to the scope of works were made with the HLF's consent and, in January 2003, Wandsworth Borough Council (WBC) successfully applied for a grant increase and were awarded an additional £600,000 bringing the total HLF funding to £7.5 million.

The bid relating to the initial proposals was placed by land based consultants. This focused primarily on the restoration of the 19th century landscape, however, it was thrown out on heritage values. The second proposal, submitted by Hilary Taylor Landscape Associates, included the Festival Gardens within the restoration plan, in addition to the 19th century features.

Funding was also obtained from other sources such as Onyx Landfill Trust, who awarded £100,000. A Section 106 Planning Agreement realised £40,000, and a splendid £20,000 was raised by the Friends of Battersea Park.

The initial stage of restoration had many problems due to the lack of adequate project management. Costings and timings were severely miscalculated and there was a the breakdown of communication between some of the key individuals. The consultants involved were dismissed and two landscape architects, already on the WBC staff, were employed to complete the design work. 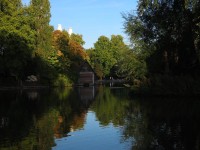 One of the landscape architects, also a qualified quantity surveyor, was able to deal with any problems on site on a daily basis rather than waiting days for external surveyors to attend. The resulted in a reduction in costs, with the added benefit of creating a direct link between the council and the contractors.

The first stage of restoration focused on The Promenade, Festival Gardens and Pump House. During this period additional funding was awarded by the HLF. This enabled the restoration, encompassing the heart of the parkland and the busiest routes through it, to be undertaken without interruption. The final stage was the restoration of the subtropical gardens.

But, the restoration was not without its problems. The work required the demolition of shelters and the removal of 150 mature trees. The latter caused a public outcry and Jennifer Ullman, Chief Parks Development Officer for WBC, acted as a mediator between the general public, the funding bodies and contractors. Many of the trees selected for removal were, in fact, either diseased or already dead and, therefore, a health and safety risk. Once this was explained the initial outcry calmed down. Interestingly, the debate attracted much wider support for the restoration projects.

One of the GLC's 'legacies' of their tenure of the park was an ugly wall along the embankment of the Thames. This one kilometre monstrosity along the promenade had been built without regard to aesthetics or practicality and used the cheapest materials.

Historic watercolours, found in the council archives, showed that the initial design envisaged a pink granite wall. However, to follow this design was not cost effective. Initially, granite originally from a bombed out building in Central London, was offered but, because it required cutting to size, was rejected. A proposal to use granite sourced from China was also thrown out as plans specified materials from the UK.

Hilary Taylor developed a bespoke cladding system that could be applied to the existing low concrete wall and dramatically reduce costs, transforming it into a feature that would echo the historic drawings and enrich the park. Granite aggregate was used as a vital ingredient in the final matrix.

Appearance however, was not the only concern, as the wall, once clad, had to be robust enough to survive a busy river environment without fading or losing quality.

The original plans for the promenade wall did not consider children or the disabled and, with current health and safety legislation, the majority of the wall had to be redesigned so children and people in wheelchairs could see over and enjoy the river views, but also be safe.

Another issue was deciding how to restore the Festival Gardens that, back in the 1950s, had been hastily and poorly built as their longevity was not predicted. As a direct result of this poor construction, by the 1990s, the remains of the walls, coping, paving and pools were broken and dreary. Evans Concrete and Hilary Taylor Landscape Associates studied the surviving structures.

Over the years the concrete had aged to subtle tones of grey-blue and dusty brown overlaid with the festival colours of buff, pink and yellow. Therefore, when developing new concrete copings and paving, which had to work with the salvaged originals, it was essential to capture something of this delicacy.
To this end, Mountsorrel black granite and fines were used with grey cement to make copings for the garden walls and steps. Paving units were cast using a mix containing white cement, silver sand, black granite aggregate and a touch of light red pigment. Narrow kerbs were cast with Northampton Pioneer Shardlow fines in grey cement that was retarded and slightly exposed.

Another problem, both during and post restoration, was the lack of skilled labour to maintain the park and its features. WBC consider this to be a direct result of competitive tendering as the company who won the contract were based in Cambridge. This meant that not only were the labour force commuting to Battersea on a daily basis but there was little pride in their work as they were not local people. In effect, it was 'just a job'.

The contractors were dismissed and the maintenance brought in-house. Jennifer Ullman noted that very few of their own staff were qualified, and those that were suitably experienced were nearing retiring age. So, a school of horticulture was set up in the park to raise standards, and it is now council policy for all supervisors to have a minimum of an NVQ level 2 certificate.

The two most skilled workers on the council staff were given the maintenance of the subtropical gardens. However, in the first winter, problems occurred as to how the non-native and fragile plants should be protected from an English winter. Experts at nearby Kew Gardens were consulted and their help and experience proved invaluable.

Over-wintering tender plants is a time consuming process, but the two staff members relished the challenge and are now skilled in ensuring that, come spring, the plants in the subtropical garden, the rose garden and the herb garden will all be in prime condition.

During the restoration of the Festival Gardens, the now dismissed contractors had planted trees too close together, and these had to be moved or thinned out. In addition, new beds were created without much thought of where visitors may decide to take a short cut. A lot of the planting was uninspiring, for example, ferns and lavender in the same beds. 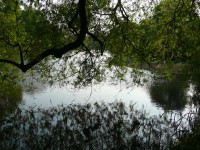 Over the six and a half year restoration Wandsworth Borough Council have learned some important lessons, not least that, if you want a job doing well, do it yourself. By bringing the restoration back under council control they have staved off a possible disaster, both aesthetically and financially.

Over that period, attitudes to historic landscape restoration have changed, too. The original lottery grants made little provision for maintenance but, now, sustainability is seen as crucial to the overall plan and is included in any grants.

Battersea Park has, in the end, been one of the first restoration projects on such a large scale and the lessons learned have helped many other projects to run more smoothly.

To discuss Battersea Park in terms of success is not easy. It was gained through hard work, dialogue and tenacity. The council had funding but, in the initial stages, suffered from poor procurement and project management. Fortunately, for the success of the project, WBC realised very early on that dialogue between contractors, project teams and the public was imperative, and that appropriate, urgent action was taken. Once all the issues were addressed the restoration programme went from strength to strength.

Future projects include the creation of a winter garden designed by Dan Pearson and a Camellia Garden called the Trehane Collection, in dedication to the Trehane Nursery in Wimborne Minster, Dorset

If you find yourself in London, go and visit this amazing urban park, you won't be disappointed.