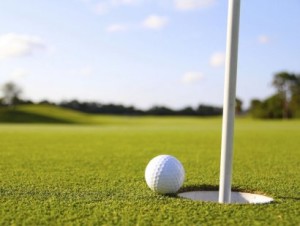 The BBC's move was mooted during this year's Open after Sky won the rights to golf's oldest major in a £15m-a-year deal that runs until 2021.

The BBC director of sport Barbara Slater said the decision had been taken for pragmatic financial reasons in light of the ongoing debate over the licence fee and charter renewal.

"Following the announcement that Sky had been awarded the live TV rights to the Open and in light of financial developments since, the choice to amend the current contract from next year was a pragmatic one," she said in a blog on the BBC website.

"We know that many fans are unhappy with the loss of rights and in an ideal world the BBC would still be the home of live coverage of the Open."

The BBC, which had broadcast the event live for more than 60 years, will continue to show two hours of highlights in prime time.

The BBC, she said, was "faced with some challenging financial savings targets. Sport on the BBC is not immune to those pressures and they are compounded by the highly inflationary nature of the rights market".

When the deal was done, the then Royal & Ancient chief executive Peter Dawson said that the BBC withdrew from the bidding for live rights as he attempted to deflect criticism over the move to pay TV amid concern over the effect on the sport.

"The BBC made it clear the highlight feed was the way they wanted to go. I think this is important; the BBC did bid for live rights initially and so it's not true to say they didn't want them, I don't think," he said.

"Later on in the process, they switched emphasis. I am not 100% sure why. It was financially driven, I am guessing, but you would have to ask them."