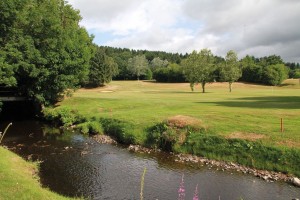 BCPC has responded to the recent Chemical Regulation Directorate (CRD) consultation on the adoption of low-drift nozzles within updated interim measures for aquatic buffer zones. These interim measures were introduced in 2011, in response to increased standards for protecting aquatic life in the new EU pesticide regulations. They established the possible setting of aquatic buffer zone widths for individual products - above the 5 metres maximum in LERAPs - up to 20 metres. On introduction, there was no opportunity to reduce the width by using drift reduction technologies (DRTs).

BCPC believes that the proposed introduction of the option to use low-drift nozzles in the updated interim measures will still protect aquatic life from pesticides. It will also provide the opportunity for more products to be authorised and reduce the crop area not protected against weeds, diseases and/or pests. However, BCPC is concerned that the proposed changes only involves drift reducing nozzles rather than all DRTs. "Other DRTs, which offer at least 75% reduction in drift, equivalent to using 3-star nozzles, are already accredited by CRD under LERAPs," says Jim Orson, Vice Chairman of BCPC.

In the longer-term BCPC strongly advocates integrating the interim measures with LERAPs. LERAPs incentivise farmers to adopt good spray practice. This has resulted in the widespread adoption of DRTs, with significant benefit to the environment. It also takes the size of the watercourse and product dose into account. "Integrating the proposed changes in the Interim Scheme into LERAPs would result in a single set of rules for protecting the aquatic environment from spray drift that would be easier to understand and adopt," says Mr Orson. "In addition, innovation will be further encouraged by extending DRT classes to those that reduce drift by 90%, 95%, etc. - as already used in some other Member States."