0 Beaconsfield CC's groundsman leaves after 34 years in the job 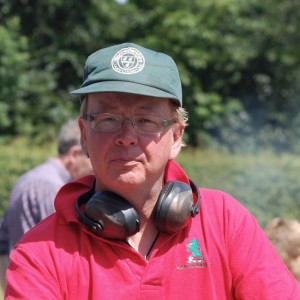 Philip Pocock, who is also known as Percy, decided to leave Wilton Park for a career in the pub trade.

Taking over from former groundsman Jim Etchells in 1986, Philip has looked after the ground where he has overseen many high-profile matches take place on the south Bucks pitch.

Notable cricket matches include the Woman's World Cup tie between India and the Netherlands in 1993 along with the England under 19s taking on the Zimbabwe under 19s eight years later in 2001.

Philip was also the groundsman when Bucks played three NatWest Trophy ties at Wilton Park - two against Sussex in 1992 and 2002, and against Essex in 1997.

The latter saw then England captain Nasser Hussain play on the pitch.

Following his departure, he said: "What I'll miss most is the camaraderie with players, who say 'come on Percy have a drink'. The club has given me a lot of happy memories."

"What I really enjoy is Beaconsfield teams winning and it was great in my last season to see all of the three men's senior sides gaining promotion in the Thames Valley League."

He said: "Over the years, Philip has played a significant role in helping to develop Beaconsfield into one of the most attractive grounds in the region."

"On behalf of the hundreds of BCC members past and present, I extend our great appreciation for Phil's work overs the years and his contribution to the running of the club."

"Phil will be greatly missed by many and we wish him every success and happiness as he embarks on his new venture."

This summer, the ground is being looked after by Adrian Stay who, in recent seasons, has worked at clubs in the High Wycombe and Slough areas.

Due to the coronavirus, there will be no organised cricket at the club ground until at least the beginning of June.