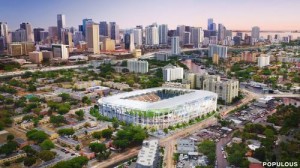 David Beckham's plans to launch a glamorous new Major League Soccer (MLS) franchise in Miami have taken a major step forward, with the county's board of commissioners agreeing to sell a 2.8 acre plot of land he needs to build a stadium.

Miami Beckham United (MBU), the consortium representing the footballing icon, has paid over US$9m (€7.9m, £7m) for the land in Miami's Overtown neighbourhood and said it is "looking forward to working with the Miami community to bring our vision for the neighbourhood to life." 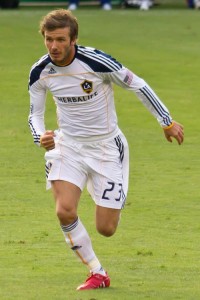 Beckham now has a limited time period in which to finalise a deal with MLS approving the franchise's stadium site, ownership team and financing model. He has previously said he plans to attract some of the world's best players to join the team in Miami.

"By purchasing the last piece of land needed for our privately-funded stadium, MBU is achieving another major milestone on the way to MLS formally awarding Miami a franchise," said the MBU in a statement.

"We have assembled a world-class team of partners, presented a vision for building the premier soccer club in the Americas, and assembled the land needed to build our stadium. Now is the time for MLS to move forward in helping us deliver the soccer club that Miami has been waiting for.

"Miami is the eighth largest metro area in the US, the country's number one soccer market, and a critical gateway to Latin America and Europe. MLS will only reach its full potential once it fields a team here.

"Our loyal fans in Miami and around the world have been waiting for this moment for years."

If you would like to view the rest of the article please visit HERE.