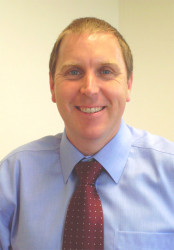 DEUTZ AG - UK Branch, which provides sales, service and product support for the German produced range of diesel and gas engines, has appointed Alan Beech as its new Operations Director - UK and Ireland.

Mr. Beech joins the Cannock, Staffordshire company from Cummins UK, the distribution arm of engine manufacturer Cummins, where he was Director of the company's Powergen operations for the UK and Ireland; as well as sitting on the leadership team which covered their other market activities, including the on/off highway, construction, industrial, rail and marine sectors.

Mr. Beech said: "As both a former customer and competitor of DEUTZ, I was already aware of their product quality and technical capabilities.

"DEUTZ has a proud 144 year heritage, with a very good brand image, but as with any organisation there are always opportunities for further advancement and I firmly believe that the commitment to continuing improvement should never end," he continued.

"With my previous experience and a proven track record for achieving strong, structured and profitable growth through a customer focused approach, my role at DEUTZ will be to lead the in-house team, in conjunction with our distributors, so that collectively we can add even more value to the brand, whilst at the same time maintaining the continuing successful commercial development of the company's business operations in the UK and Ireland," he concluded.