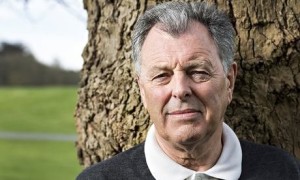 The Fields in Trust charity, with the support of former Ryder Cup captain Bernard Gallacher, has launched an appeal to golf clubs, to help raise vital funds and protect community parks and playing fields forever.

Fields in Trust protects recreational spaces including sports grounds and playing fields, for future generations to enjoy. They currently safeguard 2,600 parks, playing fields and playgrounds across the UK, a total of 30,000 acres.

Golf clubs across the UK are invited to join the Fields in Trust "Golf Club Champions Initiative"; clubs can add a simple fundraising element on to an existing annual tournament. Participating golf clubs are added to a leaderboard on the Fields in Trust website with the club emblem clearly displayed and linked to their website. A fundraising event support pack with t shirts, posters and support material will be provided, along with a specially commissioned "Champion" pin-badge.

Fields in Trust supporter Bernard Gallacher is encouraging every golf club to take part, he said: "Please join golf clubs throughout the UK and support Fields in Trust in their work to protect and improve parks, playing fields and public golf courses so that future generations have accessible places to play." Since Fields in Trust were founded as the National Playing Fields Association in 1925 they have been supported by many golf club charity days and they remain today the only national charity protecting and improving outdoor community spaces, creating a legacy for sport and recreation, forever.

The launch of the Golf Club Champions Initiative comes as Fields in Trust celebrates the protection of Bentra Golf Course in Co. Antrim, Northern Ireland - commemorating the 100th Anniversary of World War I. Bentra Golf Course has been dedicated as a Centenary Field as part of a programme being delivered by Fields in Trust in partnership with The Royal British Legion which will permanently safeguard memorial spaces, parks and gardens around the country to honour those from all sections of the community who served and sacrificed their lives in World War I.

Bentra Golf Course & Whitehead Diamond Jubilee Wood was home to the Whitehead Aerodrome from 1915 to 1917, the first military aviation facility in Northern Ireland. An event in July marked its protection as recreational land in perpetuity.

Fields in Trust Chief Executive Helen Griffiths said: "Grassroots sport in the UK continues to flourish, but crucially, for the stars of tomorrow to hone their skills we need to ensure that recreational space remains accessible today. At the start of 2016 Fields in Trust was delighted to protect its first public golf course in perpetuity - meaning golf will remain forever for this community.