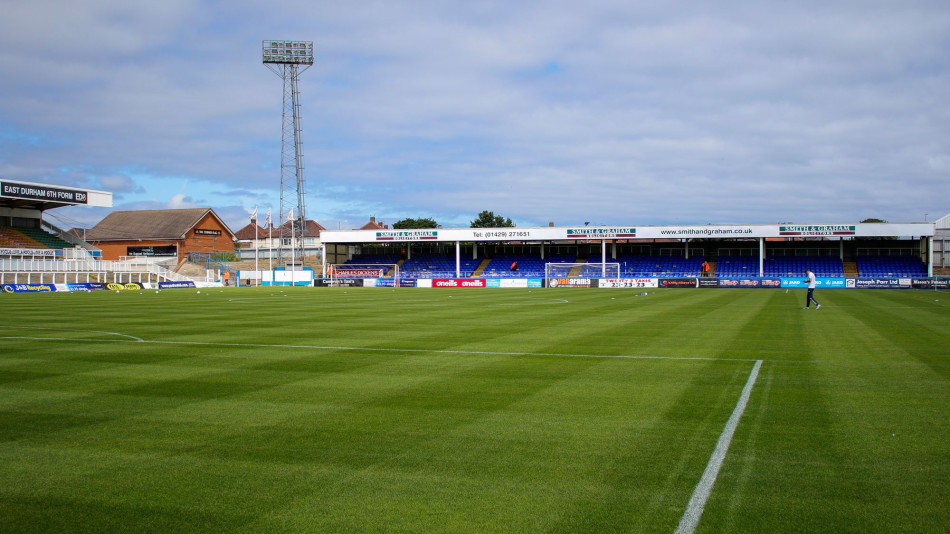 Despite sub-zero temperatures throughout the night and into the morning, the pitch at Victoria Park was deemed playable.

Forecast suggestions had many on social media doubting that the game would go ahead with other north east matches being called off this weekend.

But shortly after the 8:30am pitch inspection, Hartlepool United announced on Twitter that the match 'would continue as usual'.

Here's how Poolies reacted to the news at the time…

@JJHenry8 was quick to praise the ground staff: "Never in doubt! Best groundsmen in football. A bomb could of been dropped in there overnight and the guys would of still had it playable by 3pm."

Kev Taylor and others echoed the praise: "This is what happens when you have a proper club, with pitch covers, and a top-quality groundsman and team that actually know what they are doing. Dave Brown used win groundsman of the year all the time. Needs a stand naming after him - POOLS LEGEND!"

Mark Carroll: "Ground staff down there have done a fantastic job."

@Ryannx97 couldn't resist having a dig at clubs who failed to get their games on: "Proper football club pools! Gets the game on unlike others."

@poolmonkey: "Tfft. Hate a Saturday when Pools not playing. I end up talking to the Mrs."

David Bruce: "What time is the stream inspection?"