Reports of a puppy becoming ill in Oxfordshire after consuming the fungi Fool's Funnel have sparked warnings of the dangers of this innocuous looking toadstool. It is one of tens of species commonly found in fairy rings and is widespread across the British Isles . 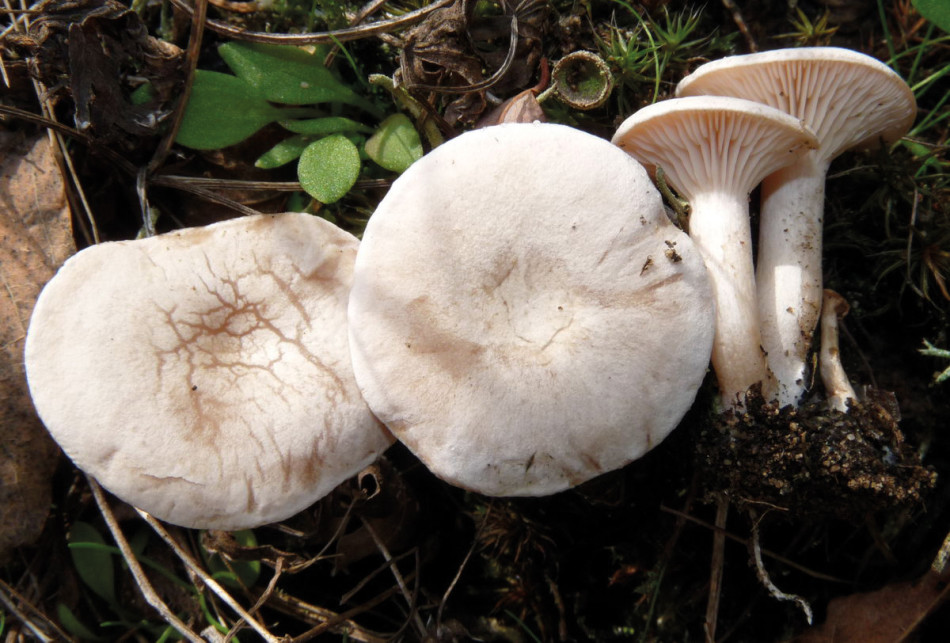 According to The Mushroom Diary, if you want to familiarise yourself with only a few mushrooms, it's always best to recognise the deadly ones! Wise words indeed.

The Fool's Funnel (Clitocybe rivulosa aka C. dealbata) is one of the more common poisonous species to be found in the UK. It appears, alarmingly enough, in some very 'people orientated' places, such as lawns, parks, roadside verges, golf courses etc; in sandy soil, during late summer to late autumn.

The toxic culprit here is muscarine (found in many other poisonous fungi) and, with a good dose, it can cause some very unpleasant symptoms and - in some cases - death. So it goes without saying, don't be too hasty in picking these innocent looking mushrooms. Here's what to look out for:

Although not that large (around 4-6cm when mature), they often grow in small to medium groups and sometimes partial or full rings in grass.

It is a close relative of the Ivory Funnel (Clitocybe dealbata) and is almost impossible to distinguish apart, either macroscopically or microscopically. It is therefore common to treat the two species as one. Habitat is the usual deciding factor, with Clitocybe dealbata being found in humus-rich grassland and Clitocybe rivulosa occurring in sandy grassland, and often coastal dune systems.

It is a deadly poisonous and fairly common species that grows in habitats where people expect to find edible mushrooms. That makes it very dangerous indeed. The symptoms of muscarine poisoning are: excessive salivation and sweating, which set in within half an hour of eating these fungi. Depending on the amount consumed, victims may also suffer abdominal pains, sickness and diarrhoea, together with blurred vision and laboured breathing. Deaths of otherwise healthy people from eating these fungi are very rare, but anyone with a weakened heart or with respiratory problems is much more at risk. 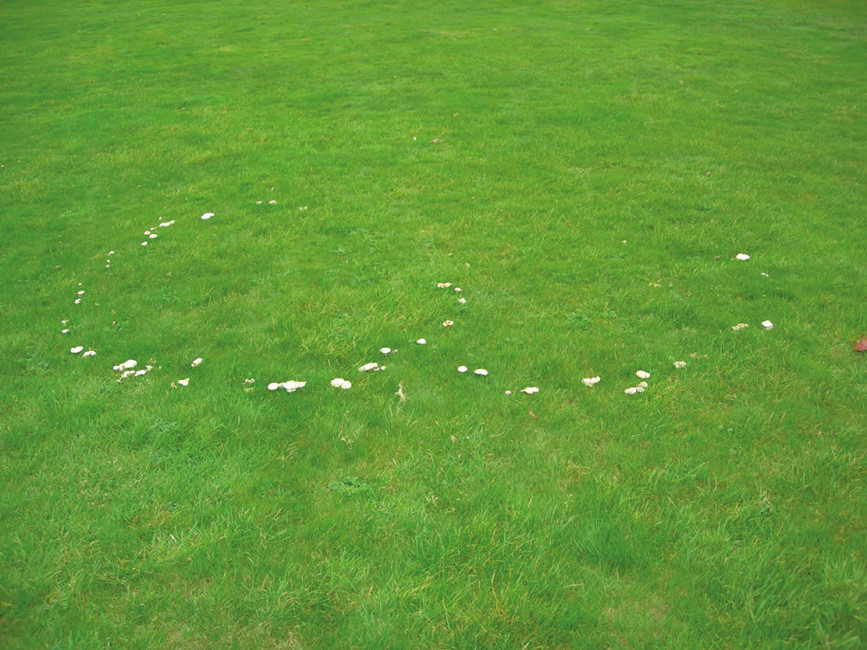 If you have fool's funnel at your facility (highly likely if you have fairy rings), it is wise to advise staff and visitors of their existence.

When handling, always wear gloves as even the slightest 'taste' can bring on symptoms.

Your mantra should be; fertilise, water, aerate and mow.

• Once fairy rings appear, they are very difficult to eliminate - there is NO natural control

• Mushrooms can be removed by regular mowing or raking (wear gloves)

• Most fungicides have NOT proven to be effective.

With thanks to The Mushroom Diary www.mushroomdiary.co.uk and First Nature www.first-nature.com 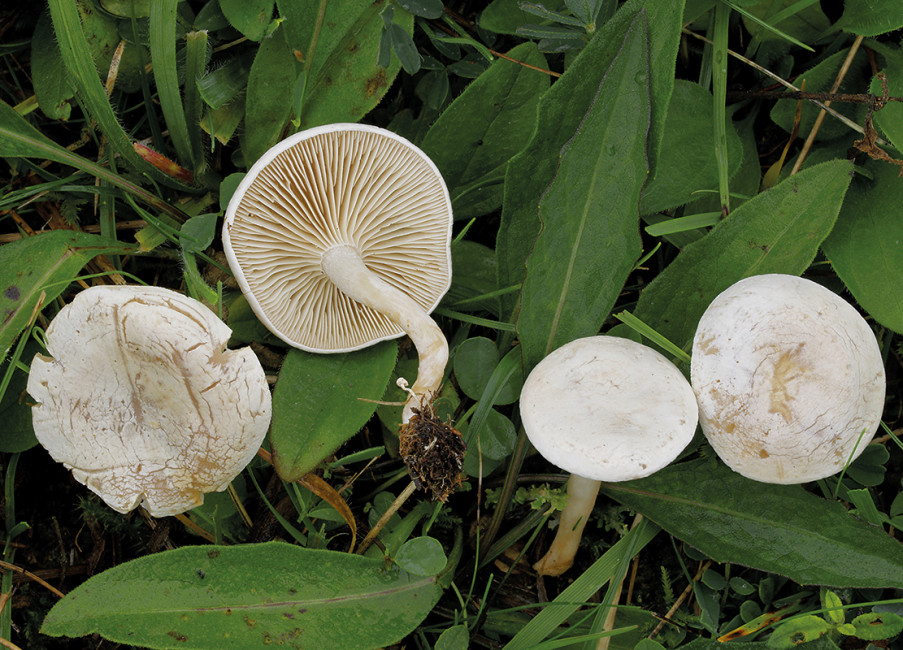 Cap: 1 to 6cm across; convex, flattening often with a wavy margin that is usually inrolled, sometimes developing a shallow central depression or becoming shallowly funnel shaped; smooth and floury or silky when dry; white, usually developing a slight buffish tinge with age

With age, faint concentric rings often become apparent on the cap surface, which in very dry weather tends to crack

Stem: 3 to 4cm long and 0.4 to 1cm in diameter; smooth and floury or silky; white; downy at the base; no stem ring

Odour/taste: Odour sweet but not distinctive; tasting this toxic toadstool is not recommended

Habitat and ecological role: In unimproved grassland, particularly on roadside verges and in parkland; also in coastal sand dune systems

Season: July to early December in Britain and Ireland

If you know or think your dog has eaten wild mushrooms, then it is important you contact your veterinary surgeon immediately, even if it still seems well at the time. If possible, try and get a sample of the mushroom, to aid in the diagnosis and treatment, being careful to wear gloves when handling it.

Your vet may wish to make your dog vomit, to remove any more poison from its stomach, as well as putting it on a drip and running tests for organ damage. Further drugs may be needed depending on the symptoms shown.

If treatment is started quickly, then the outlook is often good. However, this can be affected by how many mushrooms were eaten, how poisonous they are and how fit the dog is.

Time is of the essence; you need to get your dog treated quickly so always contact your vet as soon as possible. That way you are far more likely to get a happy outcome!