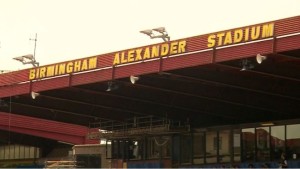 Plans to create the UK's largest permanent athletics stadium are at the heart of Birmingham's bid to host the 2022 Commonwealth Games.

The Diamond League venue, used by US athletes ahead of London 2012 Olympics, could increase capacity to 50,000, with a permanent capacity of 25,000.

Birmingham faces competition from Liverpool to be England's official bid for the games.

A final decision will be made before the end of the year.

The stadium, already the administrative home for UK Athletics, has a capacity of more than 12,000 and the city council said 95% of proposed competitive venues were already in place.

As well as hosting the opening and closing ceremonies, it would be the athletics venue for the games. 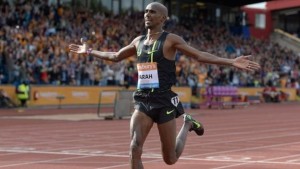 Its proposed 25,000 seating plan would match that of Edgbaston Cricket Ground.

But Birmingham's bid has yet to confirm which of the optional sports it will include.

The council said it was following guidelines laid down by the Department for Culture, Media and Sport about how to announce key elements of the bid, including disciplines and venues.

The Commonwealth Games Federation has been searching for a new host for the 2022 games since it decided in March that Durban, in South Africa, had not met the criteria for hosting.

Australia, Canada and Malaysia have also expressed interest in being the hosts. 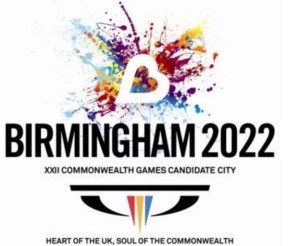 After Birmingham announced more details of its bid on Monday, the Liverpool Echo published an article on why the Liverpool bid was better.

Speaking in Birmingham, European silver medallist Nathan Douglas said he thought it would be "amazing" to have the games in the city.

The triple jumper, who is backing the bid, said: "I've been here since 2004 training here, so to see this actually get.... [a] bit of a revamp would be absolutely brilliant and I think for the future it'd be fantastic."

Ian Ward, deputy leader of Birmingham City Council and Birmingham Commonwealth Games Steering Group chair, said: "We can also leave a legacy behind of grass roots sporting facilities that the people in this city, particularly young people, will be able to utilise in the future."