0 BIGGA announce the winners of the BIGGA Awards 2019

BIGGA announce the winners of the BIGGA Awards 2019 at the BIGGA Welcome Celebration sponsored by Jacobsen, which took place on the opening night of BTME in Harrogate 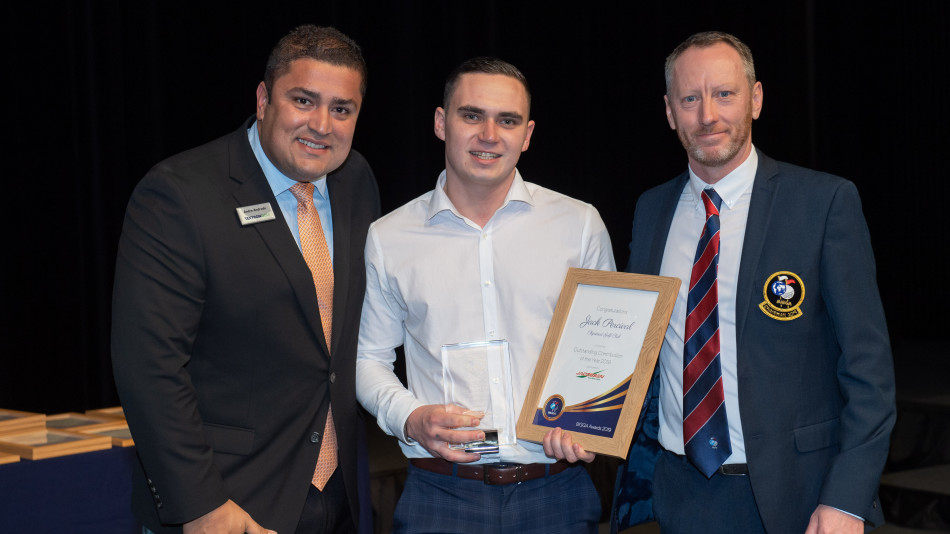 Outstanding Contribution of the Year (sponsored by Jacobsen)

Jack Percival, 24, deputy course manager at Chipstead Golf Club in Surrey, received a standing ovation at the BIGGA Awards in recognition of his selfless efforts in helping the homeless. Aged 17, Jack had found himself homeless for six months and, in the years since, has turned his life around and works hard to support those who sleep out on the streets.

Jack hosted an event in Croydon on 23rd December that provided food and warmth for the homeless during Christmas.

He put out an appeal on social media for donations, with a huge number from within the golf industry and the wider world responding.

The work was a huge success, but is just one example of Jack's incredible efforts to support the homeless and those less fortunate. Each Christmas he had previously made up sandwiches and soup and travelled via bus to Croydon to give out food to the homeless.

He also volunteers weekly with Croydon Nightwatch, which is where a member of staff encouraged him to seek support for the aid he provides at Christmas. Since then, Jack received vanloads of sleeping bags, hygiene essentials and warm clothes, in addition to donations of food, raising national awareness of his campaign.

Jack said: "This is unbelievable, I didn't think I could cry in front of hundreds of people, it was just brilliant.

I didn't do this for an award, I was homeless myself when I was 17 and I did six months on the street. I turned my life around, met my partner, and this is just the start for me. We did a big feed at Christmas and there was one guy who cried because he got a haircut. I saw a guy dance because he got new shoes and you can't put a price on that."

BIGGA Chief Executive Officer Jim Croxton said: "I'm delighted that we have been able to recognise Jack's achievements in this small way. He is an incredible young man and I'm proud to call him a member of the association." 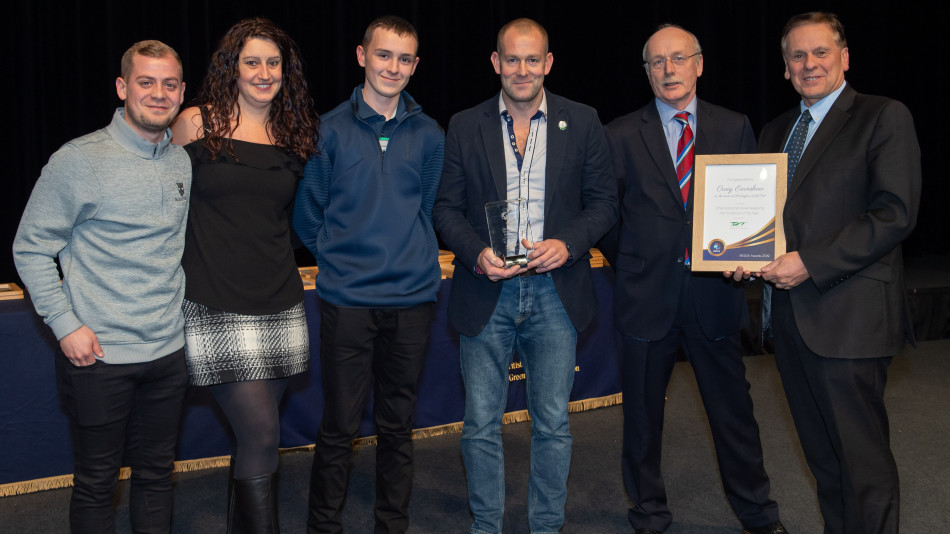 Championship Greenkeeping Performance of the Year (sponsored by Rigby Taylor)

The greenkeeping team at Harleyford Golf Club in Buckinghamshire was announced as winners of the BIGGA Awards 2019 Championship Performance of the Year just five years after the club was declared bankrupt.

Course Manager Craig Earnshaw and members of the Harleyford team accepted the award at the BIGGA Welcome Celebration hosted by Jacobsen, taking place on the opening day of BTME

Harleyford, which is the home course of European Tour star Tyrell Hatton, has a team of six greenkeepers whose office is 1.5 miles from the golf course - meaning a 15-minute drive from the maintenance facility to the first tee.

The team has not only been commended for its incredible work in preparing the course to a standard worthy of hosting a professional tournament, but the staging of the event didn't go without incident.

When stormy conditions and heavy rain on the eve of the tournament completely washed out the club's bunkers, the team worked through the night to replace the sand, with even Craig's fiancée, Tracy Forth, being enlisted to cut rough and blow fairways.

The tireless efforts of the team paid off and Harleyford has been chosen to again host the PGA EuroPro Tour's Matchroom Sport Championship once again in 2019.

Craig said: "This is mad, I can't believe it to be honest. When you look at who I was up against, I am really just a little short for words. I didn't think we would win. The guys on my team were amazing and they're a real credit to the golf club." 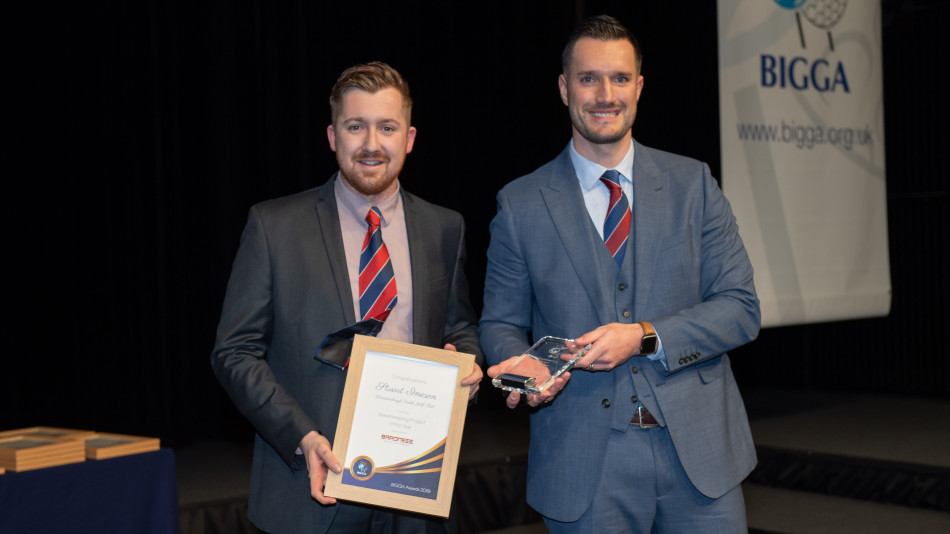 Greenkeeping Project of the Year (sponsored by Baroness)

BIGGA member Stuart Imeson has rounded off a banner year that saw him become a father for the first time and then be placed in charge of the entire operations at his golf club by winning a prestigious industry award.

Stuart, general manager and head greenkeeper at Dunstanburgh Castle in Northumbria, was announced as the winner of the BIGGA Awards 2019 Greenkeeping Project of the Year.

In addition to taking on parenting duties and embracing his changing role at the golf club, Stuart has continued to provide excellent educational opportunities for fellow BIGGA members through his incredibly-successful Bunker Camps, which was a sell-out in 2018 as greenkeepers from across Europe came together to take part.

Bunker camp has been running for five years and was initially envisioned as a way for Stuart's young team - he was only 23 at the time - to interact and network with other like-minded greenkeepers. The camp sees volunteers head to Dunstanburgh Castle to participate in the construction of revetted bunkers over a two-week period, with educational seminars and workshops taking place alongside the practical greenkeeping. More than 250 people have now been involved since the start of the bunker camp and education days.

Stuart said: "To be honest I'm a little bit star struck by the whole thing. If you just look at the standard of people that were up for awards, it's an amazing achievement. If you look at my three lads, it's absolutely out of this world to even think we could win something like this."

BIGGA Chief Executive Officer Jim Croxton praised all the winners and nominees for highlighting the extraordinary efforts being put in, both on and off the course, across the UK. "All are a credit to BIGGA and the greenkeeping industry as a whole," he concluded.