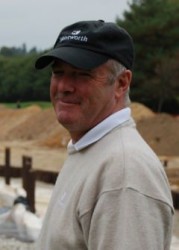 Two hugely prominent members of the greenkeeping fraternity became the latest recipients of the coveted BIGGA Life Membership at the recent BTME show.

John Philp MBE and Chris Kennedy were unanimously awarded the accolade - which less than 50 greenkeepers have ever received - at BIGGA's AGM, joining an illustrious list.

John will forever be associated with his work at Carnoustie, where his tireless work brought The Open Championship back to the famous links. He even had the 11th hole on the Championship course named after him after 27 years of service.

Despite retiring last year he remains highly active in the industry and gave a fascinating presentation focusing on the history of the Open Championship and modern course performance guidelines during BIGGA's educational programme at BTME.

Commenting on joining the likes of Walter Woods and Jack McMillan MBE on the roll call of BIGGA Life Members, John said: "It's a fantastic honour to receive such an accolade from your peers. I didn't know anything about it until it happened at the AGM so it was quite unexpected. I'm sure a few people knew about it but they managed to keep it quiet!"

Chris Kennedy spent 22 years as Golf Courses Manager at Wentworth Club until his retirement last summer. During his tenure he was responsible for presenting the courses for a staggering 52 professional events, and renovated the West Course in partnership with Ernie Els.

He was also presented with Life Membership at BTME and is now looking to pass on half a century of industry knowledge to younger Greenkeepers in an advisory capacity. 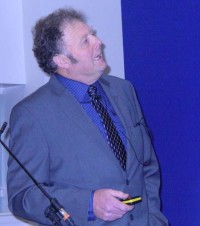 He said: "I'm delighted that BIGGA feel I deserve this accolade. It was a very nice moment for both John and I to be awarded Life Membership and it means an awful lot to both of us."

BIGGA Chairman Tony Smith said: "Both John and Chris have done wonders to raise the profile of greenkeeping through sheer excellence throughout their careers. They've also helped to inspire many young greenkeepers, many of whom have gone on to enjoy terrific careers themselves.

"The accolade of BIGGA Life Membership is only awarded to a select few, they are both hugely deserving of it and I congratulate them warmly.