Following two days of stiff competition, Nick Machin and Angus Roberts were proclaimed as winners of the 2017 Toro Student Greenkeeper of the Year Awards. 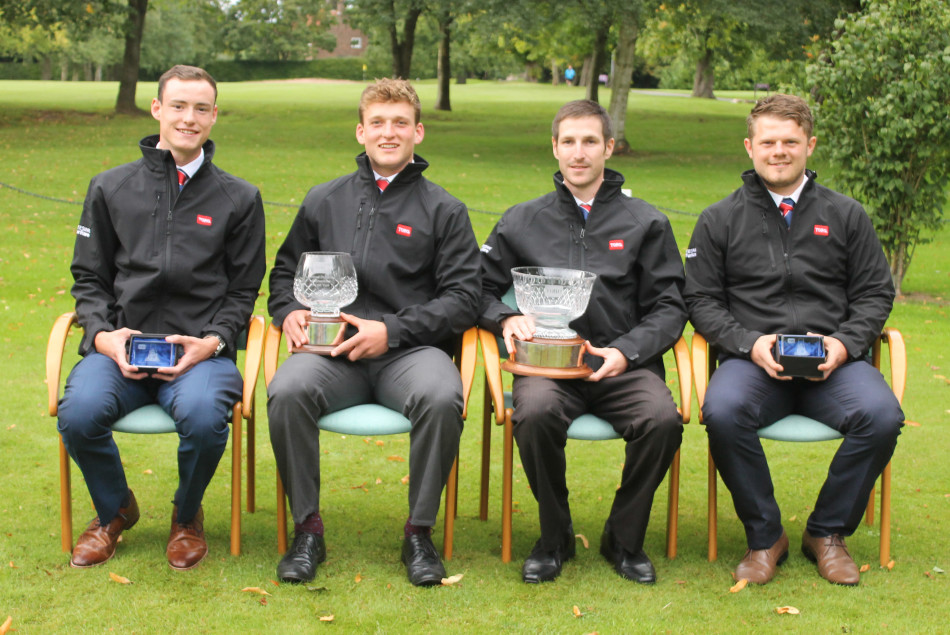 A selection of the best student greenkeepers in the country descended upon BIGGA HQ at Aldwark Manor in York for the 29th Toro Student Greenkeeper of the Year Awards.

Returning for its second year was the additional Toro Young Student Greenkeeper of the Year Award, open to students up to the age of 20.

The winner of the Toro Student Greenkeeper of the Year Award 2017 is Nick Machin, 31, of Royal Cinque Ports.

Nick impressed the judging panel, comprised of representatives from the British & International Golf Greenkeepers Association, Toro and Reesink Turfcare, due to his confidence and the depth of answer he was able to provide to the examination questions, despite such a short time in the industry.

Nick said: "I'm feeling absolutely unbelievable right now. To be honest I didn't expect this, I just came here thinking I would give it my best shot and what would be, would be. So to end up winning, it is unbelievable."

The Toro Student Greenkeeper of the Year Awards is a nationwide contest hosted by greenkeepers' association BIGGA, sponsors turfcare machinery and irrigation manufacturers Toro, and its machinery distributor Reesink Turfcare.

As part of his prize, Nick wins a seven-week scholarship at the University of Massachusetts in the USA, as well as a trip to the GCSAA's Golf Industry Show in San Antonio and a trip to Toro's headquarters in Minneapolis.

Angus, 19, of Roxburghe, was crowned winner of the second Toro Young Student Greenkeeper of the Year Award. The judges said that for someone so new to the industry, Angus showed incredible depth of knowledge and a great passion for the industry.

Angus said: "I'm absolutely over the moon. I can't quite believe it. Hopefully this is just a stepping stone as there's so much going on, I'm really excited about what the future holds."

As part of his prize, Angus wins a two-week work placement at the exclusive Vidauban Golf Club in France, as well as a trip to BTME in Harrogate.

BIGGA Head of Member Learning Stuart Green said: "Congratulations to Nick and Angus, who both showed incredible knowledge and passion for their chosen careers, which made them worthy winners of these prestigious awards.

"Today's awards finals are the culmination of a huge amount of hard work, not just for the judging panel who have travelled the length of the country meeting many talented applicants, but also for those finalists have shown incredible dedication to get themselves to this stage."

"They should all be incredibly proud of their achievements, and through their efforts I am certain they will help elevate the greenkeeping industry to new levels of professionalism."

The runner-up in the Toro Student Greenkeeper of the Year Award was Levi Pethick, of Stoneham.

The runner-up in the Toro Young Student Greenkeeper of the Year Award was Craig Woodman, of Bramshaw.

David Cole, managing director of Reesink Turfcare and award judge, said: "Toro and Reesink are proud to sponsor these prestigious awards for the 29th year in support of the education and training of today's greenkeepers, and would like to congratulate Nick and Angus, and all those who won through to the national finals, for their achievement."

BIGGA Chief Executive Officer Jim Croxton said: "It is clear from the impressive roster of previous winners of the Toro Student Greenkeeper awards when I say that success in this competition can propel you to the very top of the profession. The award in itself isn't what achieves this, rather to be crowned winner you have to show incredible dedication to your own education and development, and these are the attributes that open doors to the fantastic opportunities this unique career offers. The awards are recognition of this hard work and determination, and so I congratulate Nick, Angus and all the finalists and wish them the very best in their future careers."

Applications for the 30th anniversary of the Toro Student Greenkeeper of the Year Awards will open in February 2018.