The British and International Golf Greenkeepers Association is proud to reveal the six members who have been invited to join the course preparation team at The Players Championship in May. 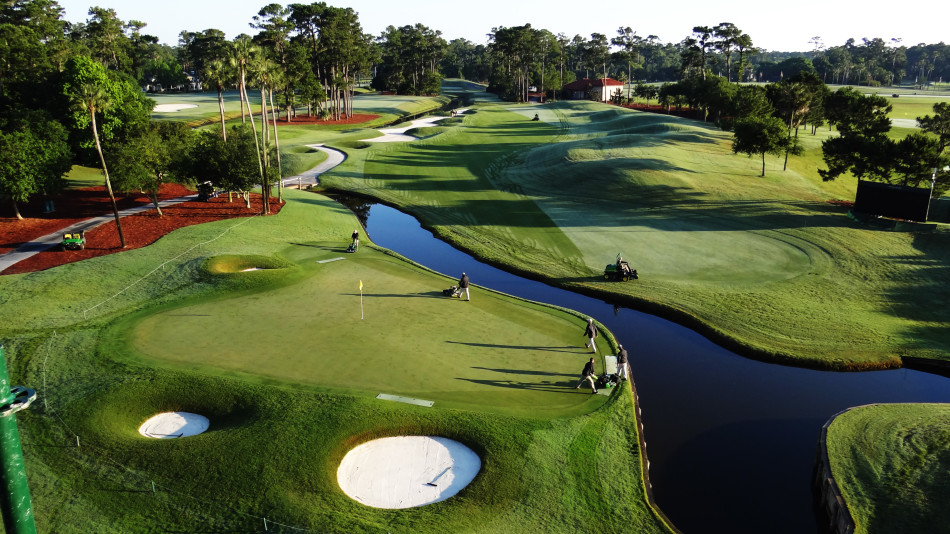 Held each year at TPC Sawgrass in Ponte Vedra Beach, Florida, The Players Championship is considered by many to be golf's 'fifth' major and, as such, it presents an incredible opportunity for BIGGA members to gain a huge amount of experience, in a once-in-a-lifetime setting.

And, for the first time this year, John Deere has expanded the programme, allowing a member from BIGGA's International Region to join in.

The successful BIGGA members who have been selected to join the volunteer programme are:

Each spring TPC Sawgrass is home to The Players Championship, and next year's event will take place from 8-13 May 2018.

The six BIGGA members will receive travel, accommodation, food and uniform as they join the team at the legendary venue for the entire duration of the competition, courtesy of BIGGA Partner John Deere.

In addition, John Deere also invites one member of the Golf Course Superintendents Association of Ireland to join the experience.

The Players Championship is made possible thanks to the hard work and dedication of a volunteer course preparation force of over 90 volunteers from 14 different countries, who join the home greenkeeping team in getting the course in shape for this major event.

Following the final day's play, before heading home, the greenkeepers will even get the opportunity to attempt to hit the 17th hole's famous island green. In 2016 Richard Johnstone, course manager at Nairn Dunbar, was successful in his attempt and won the actual flag used during the tournament as a prize.

Each of the members underwent a rigorous application process, consisting of an online application, submission of a short video and an interview with BIGGA and John Deere representatives.

A spokesperson for TPC Sawgrass said: "At the end of the day, the volunteers make all the hard work of our tremendous staff really shine. They also get invaluable experience in preparing a course in exacting, television close-up standards, as well as the opportunity to network and learn."

2015 delegate Michael Burgin, of Normanby Golf Club in Scunthorpe, said: "The easiest way to describe my whole TPC Sawgrass experience would be to say 'truly amazing'. This was golf at its very best and I feel privileged to have been part of it. It was great to see so many people from all over the world, working together for one special event."

BIGGA Chief Executive Officer Jim Croxton said: "I'm very excited about the opportunity we are able to offer six of our members each year with John Deere's backing. The chance to join the greenkeeping team at one of golf's most iconic venues is an outstanding member benefit and career development opportunity."

In 2017, South Korean Si Woo Kim became the youngest winner in The Players Championship history at the age of 21.