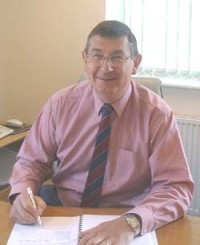 The BIGGA Board is sad to announce that after 17 years of service its Chief Executive, John Pemberton, has given notice of his intention to move on. John first joined the Association in March 1993 as its Accountant, moving up to take the reins as Chief Executive in March 2004.

"The BIGGA Board of Directors wishes to thank John for his leadership and dedication to the job over the years which has resulted in BIGGA significantly increasing in size, profile and industry positioning" comments Chairman, Paul Worster.

John will continue in his current position until the end of April 2011 and will be helping the Board with the recruitment of a suitable successor.