0 Biosecurity in the turfgrass industry 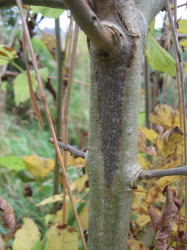 The recent outbreak of tree diseases in the UK and Ireland has raised the awareness of the general public to the potential impact of alien pests and pathogens on the wider environment, as well as the economic effects on areas of activity such as agriculture, horticulture and forestry

Ash dieback, the most recent of these unwelcome arrivals, is caused by the fungus Chalara fraxinea and was first identified in Poland in 1992. It is believed that the fungus was an accidental introduction from Asia and, since its first appearance, it has spread across Europe causing serious losses of ash trees (e.g. 60-90% of ash in Denmark). The fungus can spread naturally through wind-borne movement of spores, but its arrival in the British Isles in 2012 was the result of the importation of infected trees.

Since then, we have witnessed multiple outbreaks in woodland containing imported ash, and the first appearance of the disease in native ash trees, presumably as a result of spores being blown from infected plantings.

Even more extensive damage has been caused by the fungus-like pathogen, Phytophthora ramorum which has caused extensive damage to oak trees in the USA, where it is known as sudden oak death. In Britain and Ireland, P. ramorum disease has resulted in the destruction of hundreds of hectares of the economically important larch, as well as the infection of other woodland plants, including rhododendron and native bilberry. Imports of infected rhododendron may actually be the original source of the disease, again highlighting the disease risks associated with the worldwide trade in plants and plant products.

It is worth having a look at the website of the European Plant Protection Organisation (EPPO) to get an appreciation of the hundreds of viruses, bacteria, fungi, nematodes and insects which currently pose a threat to European plants and plant production.

So, how do we protect ourselves from this diverse array of pests and diseases? Well, in the EU, legislation governs plant health checks which usually occur at the site of plant production. Plant material which hosts the most serious ("quarantine") pests and diseases also requires a "plant passport" to permit its transport between countries. Even within countries, plants are required to leave production nurseries in a healthy condition to prevent the spread of pests and diseases.

More stringent checks are applied to plants originating from outside the EU but, despite this, outbreaks of new diseases continue to appear and spread in Europe every year. This highlights the difficulty in maintaining good plant health in a world with increasing levels of trade and tourism.
Countries such as the USA, Australia and New Zealand regard protection of their environment and agriculture as the highest priority, thus they have identified tourists as a potential source of new plant health problems. 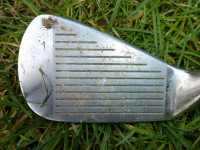 In particular, Australian quarantine authorities impose very strict checks on visiting golfers, requiring sports equipment such as golf shoes and golf clubs to be "free of sand, soil and grass residues" before permitting entry into the country.

This recognition of sand, soil and grass as potential sources of plant disease raises questions for the turf industry in Europe, where biosecurity on existing facilities and new constructions is rarely a major consideration. So, is there any evidence that we should be concerned about the accidental introduction of new pests and diseases into golf greens or sports fields? All quarantine authorities recognise plant material as the most likely source of unwanted pests and diseases, hence turf sod or sprigs would be regarded as high risk.

A classic example of accidental spread within the turf industry concerns the sting nematode, one of the most devastating turfgrass pests. This nematode is native to the warm sandy soils of southeastern and midwestern United States but, in 1992, it was discovered on several golf courses in California having, it is believed, been transported across the USA on infested plant material. Such is the threat to agricultural crops and other sports turf in California that stringent rules are now in place to prevent its further spread within the state.

Producers of high grade turf sod will use a range of cultural practices and chemicals to ensure their product is of the highest possible health quality, but examples from the USA have shown that fungal pathogens can sometimes be present in a latent state within turf, eventually leading to disease problems many weeks after establishment.

here have also been cases of turfgrass in European sports fields and golf courses succumbing to severe lesion, cyst or root knot nematode damage months after turf-laying. In these cases, analysis of existing and the recently re-turfed areas suggest that the new turf sod was indeed the source of the nematode outbreaks. Most recently, during 2013, samples of turf from Europe have been analysed and found to contain significant levels of plant parasitic nematodes.

Rootzone and topdressing materials have also been shown to contain plant parasitic nematodes, albeit at much lower levels than those usually found in turf sod.

The role of construction materials in the development of plant disease problems in new sand-based golf greens and sports fields has been an area of particular discussion within the industry. Studies at a number of sites across Europe have shown that immediately after seeding a creeping bentgrass turf, plant parasitic nematodes are rarely detected. However, within 8-16 months, intensive soil sampling often reveals that localised areas of the turf contain expanding populations of root knot nematodes, eventually leading to the typical shallow-rooted yellow patches, that are characteristic of this endoparasite.

This pattern of infection suggests that very low numbers of nematodes (undetectable using normal sampling methods) were present in the construction rootzone. Significantly, observations on greens constructed using rootzone that had been stored for an extended period before use (allowing the already low nematode levels to drop to almost zero) usually show considerably reduced infection levels.

This observation provides one simple management approach to the reduction of nematodes in construction and maintenance materials. Other solutions being tested and considered include heat sterilisation and pre-treatment with biological extracts capable of suppressing pests and pathogens.

It is accepted that certain fungal diseases, such as dollar spot, can be spread on mowers and other turf maintenance units, hence the importance of regular cleaning of machinery during routine operations. 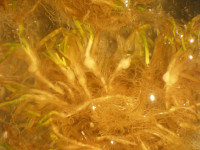 The value of effective biosecurity has also been demonstrated by the recent appearance of an alien pest, the Pacific shoot gall nematode, Anguina pacificae. This nematode is native to a narrow coastal strip of Northern California where it causes severe damage to Poa annua golf greens, including those on elite courses in the Pebble Beach area. It came, therefore, as a surprise to find A. pacificae was causing turf decline in Poa annua greens on a golf course in Europe. The nematode has a number of unique characteristics, including its pathology in causing onion-like stem galls at the base of Poa annua plants.

More significantly, A. pacificae can survive many months in a dessicated state inside dried plant material, which may be the key to its movement from a Pacific location, across the continental USA and Atlantic Ocean and into Europe.

The use of "soft-spikes" on golf shoes has been encouraged as a means of minimising "wear and tear" on putting surfaces. However, this design tends to gather greater amounts of plant material than traditional metal spikes, and it is possible that Anguina-infected plant material could have been transferred accidently from the USA to Europe by golfers on the soles of their shoes. Significantly, perhaps, the European Anguina outbreak was initially detected on a turf nursery, which does not usually come into contact with golfers. However the infected turf nursery had been used as a demonstration and testing location for maintenance equipment, and contaminated machinery originally used in the USA may be a more likely source of the A. pacificae.

Clearly then, the turf industry is not immune from the effects of new pests and diseases. Evidence from recent construction projects and the case of A. pacificae, demonstrates some of the vulnerabilities of the industry, with the movement of materials, the trade in used equipment and increasing numbers of golfers travelling overseas to play golf, all opening potential routes of entry for new pathogens.

It is the responsibility of the whole industry to increase the awareness of biosecurity issues and to help minimise the impact of new plant health problems as they appear.