A pilot had to make an emergency landing on a golf course when his biplane reportedly developed a mechanical problem. 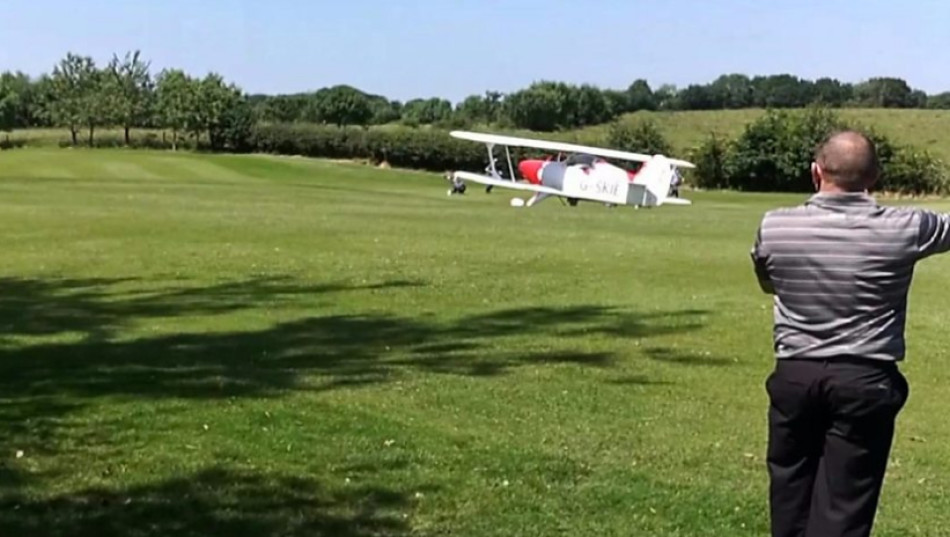 The plane was seen circling in the skies above by golfers before coming into land just before 2pm.

No one was hurt in the incident and the plane is not believed to have been damaged in the landing.

Club secretary Neil Robinson was on the 18th green when the one-seater plane came down.

He said: "He obviously had major mechanical problems, we heard him circling and thought this is bad, it doesn't sound healthy.

"The next thing it was coming down through the trees and golfers were scattering everywhere. It was quite a hair-raising moment! It is one of the stranger things to have happened here."

Much to the surprise of Mr Robinson the plane landed on a fairway which had specifically been designed with a hump in the 1940's to prevent German aircraft landing on the green.

Thanks to the sunny weather, the golf course was busy with people at the time of the landing, with around eight people near the fairway.

Among them was Robert Lathan from Chorley. The 34-year-old was enjoying his first trip to the course.

He said: "It was circling for a minute or two and we knew something was wrong. The next minute it was really low and we could tell it was coming in to land on the 15th fairway. It just missed the bunker ­- if it had hit, then it could have been a very different story."

Bolton firefighters attended at 1.50pm following reports of a crashed plane, but arrived to find no one injured and the pilot, believed to be from Wilmslow, shaken but unharmed.

An air ambulance passing overhead at the time of the incident also landed at the course to offer assistance.

It is believed the pilot had taken off at City Airport in Eccles before losing power above Bolton, forcing him to carry out an emergency landing.