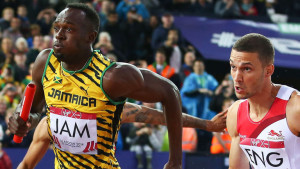 Birmingham and Liverpool are the two remaining English cities bidding to host the 2022 Commonwealth Games after rivals dropped out.

London and Manchester will not move forward in the race to host the event, which became available in March when South Africa's Durban was stripped of the right to host the event by the Commonwealth Games Federation (CGF) for making almost no progress in its plans.

Australia, Canada and Malaysia have also had cities express interest in taking over as hosts, while the decision on which city will become the UK Government's official bid, with public funding, will be made this summer, with the CGF making its choice by the end of the year.

A spokesperson for London mayor Sadiq Khan said: "It is great that four countries - including several UK cities - have expressed an interest in bidding to host the 2022 Commonwealth Games.

"While London remains focused on delivering the biggest sports event of this year - the IPC and IAAF World Athletics Championships - we wish the UK bidders every success in winning the rights to host the Games in 2022." 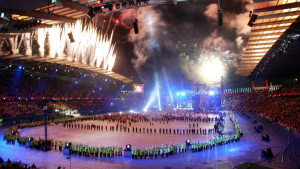 Manchester hosted the event in 2002 and council leader Richard Leese hinted it could provide facilities - such as its velodrome - to a bid led by another city this time around when explaining the city's position in a letter to Prime Minister Theresa May on April 25.

In that letter, Leese said Manchester "does not feel it appropriate to enter into a competition with other cities who wish to host the Games" but said it was ready to "make our contribution".

"The excellence of our sporting facilities, cultural and visitor infrastructure is also available to support the development of the government's proposals and ensure that England are placed in the best possible position to host the 2022 Games," Leese added.

The newly-elected mayors of Liverpool and the West Midlands - Steve Rotheram and Andy Street, respectively - have both publicly said they support their cities' bids for the Games.

Adelaide, Melbourne, Perth and Sydney are reported to be interested in keeping the Games in Australia, after next year's edition in the Gold Coast, while Toronto and Victoria are Canada's options and Kuala Lumpur the candidate from Malaysia.

If you would like to visit the original article please visit HERE.