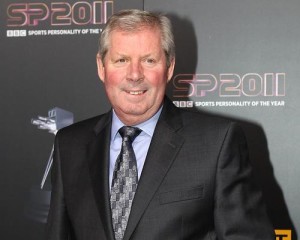 Birmingham has beaten Liverpool in a two-horse race to be named the preferred candidate city for the UK's bid to host the 2022 Commonwealth Games.

The decision to put Birmingham forward - made by an independent assessment panel, in partnership with officials from the DCMS - brings to an end rival city Liverpool's hopes of hosting the Games.

Birmingham will now have to put together "a compelling business case", showing clear value for public money in order to receive government backing - and funding - towards an official bid.

Following a detailed bid proposal, the government will then consult with Commonwealth Games England whether the UK will submit a formal bid for the 2022 Games.

Sports Minister Tracey Crouch said: "I am grateful to the bid teams from both Birmingham and Liverpool for their hard work in making the case for their respective cities as potential Commonwealth Games hosts.

"Now, after a comprehensive assessment process, the government will look at the final bid proposal from Birmingham and decide if a formal bid will be submitted to the Commonwealth Games Federation.

"We need to be completely satisfied that the bid offers overall value for money from hosting the Games and that a strong economic and sporting legacy can be delivered from it."

The Birmingham 2022 bid team was boosted in July with the inclusion of Brendan Foster, the former Commonwealth 10,000m champion.

Ian Ward, deputy leader and chair of the Birmingham Commonwealth Games Bid Committee, said: "This is a great endorsement by the UK Government of Birmingham's credentials to host the Games and recognition of the city's resolve to deliver a memorable event.

"We appreciate that it was a very close decision and that Liverpool pushed us all the way with a very compelling proposal. This is not the end of the journey and we look forward to working with the Government as it makes its final decision to support a UK Candidate City."