by Football Foundation
in Football and Synthetics
on 29 Feb 2020

A star-studded line-up of Sunderland players, old and new, joined in the celebrations as the city's three new multi-million-pound sporting hubs were officially opened. 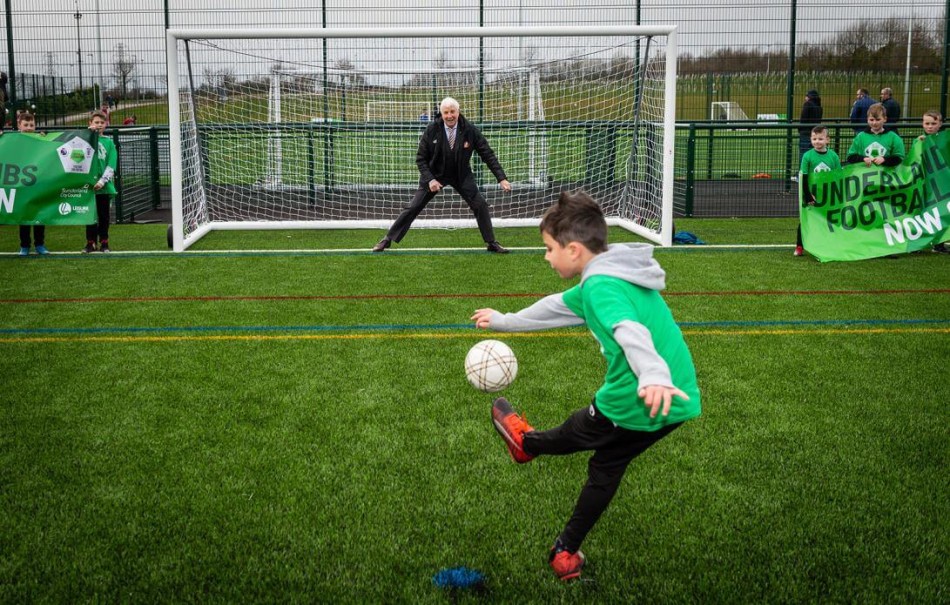 Black Cats' record appearance-maker, Jimmy Montgomery, and the man just four places below him in the all-time list, Gary Bennett, were joined by current first-team players Duncan Watmore and Alim Öztürk to tour the new multi-sport hubs that have been developed to transform community football in the city.

The new facilities were made possible thanks to £14.2m of investment from the Premier League, The FA and Government's Football Foundation, for whom Watmore has been an ambassador since 2015. A significant £6.7m contribution from Sunderland City Council has also helped pave the way for these new hub sites. Alongside additional partnership funding, the combined total of more than £20m represents the biggest ever investment into a portfolio of grassroots sporting facilities in the North-East.

The sites are located at Northern Area Playing Fields Washington, Downhill and Ford Quarry, and the demand for use is already breaking Football Foundation records. The Washington Hub, which has been in operation since November 2019, has already attracted 16,000 sign-ups, making it the most sought-after facility of its kind in England.

In total, the Football Foundation investment into these three hubs has seen the creation of ten full-size third-generation (3G) artificial grass pitches (AGPs), as well as new and refurbished buildings at each site, with changing rooms, café areas, and social and education spaces. Each Hub can lay claim to its own unique selling-point; Washington Hub has a rugby union accredited 3G amongst its four AGPs, Ford Hub boasts the ability to host national league football games on its stadia 3G and the Downhill Hub also features a state-of-the-art 60-station gym and fitness studio.

The hubs will also play a key role in hosting one of the largest grassroots football leagues in the country, the Russell Foster Youth League. The league was created in 1975 and its professional footballing graduates include England internationals Jordan Pickford and Jordan Henderson, Blackburn Rovers' Stewart Downing and Danny Graham and ex-Sunderland midfielder, Michael Gray.

Since early November, the Washington hub alone has been used for more than 750 junior and adult matches, while accommodating an average of 105 training sessions every week. 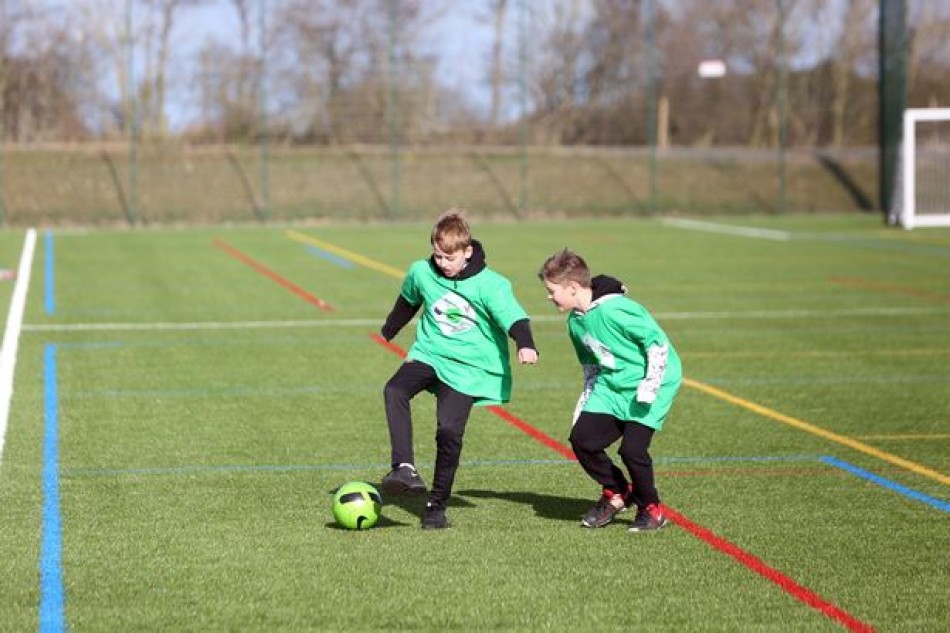 Youngsters at the official opening of the new Downhill Hub in Sunderland (Image: Newcastle Chronicle)

In addition to the three hub sites, the Football Foundation has invested in 375 grassroots football projects worth £72m across the Durham FA region since 2000, with the aim of improving the experience for regular players as well as attracting new players to the game.

This is just the start of the Football Foundation's plans for investment in Sunderland. The Foundation has developed a Local Football Facility Plan for the city, identifying the investment that is most needed to improve the quality of football and sports facilities for people living in Sunderland. The Foundation hopes to continue to work closely with Sunderland City Council over the coming years to ensure the city has some of the best football facilities in the country.

The Football Foundation investment forms part of a five-year commitment to building multi-pitch hubs across towns and cities in England with the aim of raising the quality of grassroots facilities and providing opportunities for all. Introduced in 2016, the £200m investment into hubs has enabled the Premier League, The FA and the Government to work in partnership with councils and local football organisations to address the issue of poor pitch quality.

Sunderland striker and Football Foundation ambassador, Duncan Watmore, said: "The sheer scale of this project is pretty unbelievable, really. Sunderland is a city with a really rich footballing history and with a project as big as this, it's only going to get richer.