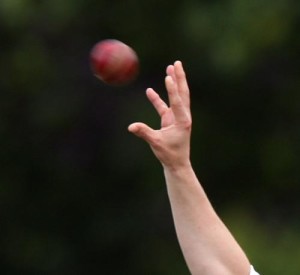 The former Blackburn Rugby Club first team captain and well-known mountaineer is credited with transforming Cherry Tree Cricket Club's pitch into one of the best in East Lancashire and was a 'perfectionist' during his time at the Ribblesdale League club.

Mr Townsend, of Hawkshaw Avenue, Darwen, died in the East Lancashire Hospice after a long battle against prostate cancer.

Born in Wakefield, the former Rugby League player moved to Pleckgate in the 1970's to work for Crown Paints in Darwen's marketing department.

He took up the union code with Blackburn Rugby Club as a fly-half rising to become first team captain in the 1980s.

A keen cyclist and yachtsman, he also climbed most of the major mountain peaks in Europe and North America, becoming one of the few people to scale the infamous North Face of Mount Dru in the French Alps.

In March 2002 he had a brush with death when he was caught in an avalanche as he and friend Freddie Snalam tackled an ice climb near Chamonix.

"He was a fine stand-off at Blackburn Rugby Club where I met. him.

"In addition, he was a master yachtsman, an internationally-known mountain climber, and a keen cyclist.

"He was a typical dour straight-talking Yorkshireman with a dry sense of humour.

"Having played for Blackburn Northern and acted as groundsman, he came to Cherry Tree and played for the second and third teams while taking over groundsman duties.

"Roy transformed a difficult ground into one of the best pitches in the area with a bit of pace and an even bounce.

"He was a perfectionist who did anything he set his mind to.

"Six years ago he was diagnosed with prostate cancer and given 18 months to live but fought it off until Tuesday.

"That was the type of man he was. I and his many friends will miss him greatly."

He leaves a former wife Marjorie in Blackburn and an older brother in Yorkshire.

Funeral arrangements have yet to be confirmed.

"He found his cricket calling as a groundsman making Cherry Tree into one of the best grounds in the league."