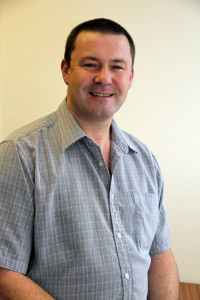 This year has seen an extremely slow start to spring. What a contrast to last year, where temperatures from the 1st March were hitting 20+ degrees.

The day and night time temperatures have been on the cool side and there have been a good number of frosty mornings to contend with in my part of the country, which is Shropshire. The storms have continued to play havoc and, even this morning, our local radio was saying that the Environmental Agency again have the local rivers, including the Severn, on high flood alert. Certainly the 23mm of rain that fell through yesterday and last night have helped to bring these back into force but, simply, the ground is at field capacity and we need a period of dry weather to see the ground water levels start to recede.

The cooler temperatures have meant that the grass has been slow to respond, meaning poor growth and recovery. For those coming out of this winter with golf, football and rugby, the hard work has continued with damage limitation repairs and careful planning of doable jobs. For those looking to start up their summer sport, the likelihood is there will be a later start to the season for the cricket, tennis and bowls fraternity.

Certainly at most of my local grounds, there has been no pre-season rolling or preparation of the squares at all yet. In fact, someone showed me a picture they'd taken of their ground last night, with a pair of ducks floating on where the square was!

At our local private school, this weekend's cricket festival has been cancelled because the groundstaff can't get onto either the square or outfield to do any meaningful work. Given the forecast looking forward, I would say it's unlikely, with the local league season due to start in a week and a half, that much cricket will be played in April.

So, after the winter of rain that we've endured, we need to dry ourselves out and get to the task of renovation and repair; fingers crossed the warmer weather is upon us by the time you read this and the grass is growing with vigour.

There will be a lot of end of season work required for the football and rugby guys and greenkeepers who have managed to keep their courses open throughout this winter. Damage has been considerable and a good renovation and seeding programme will be the order of the day. The wet winter has highlighted poorly drained surfaces far more than in previous years. I hope that the people holding the purse strings will recognise that there is a requirement to improve the movement of water from surfaces, with improved primary and secondary drainage and the incorporation of suitable sand into the profile.

In my capacity as a groundsman, this winter has been challenging with not only the total amount of rain that has fallen, but the intensity at which it came down at times. The succession of storms that travelled across the Atlantic were laden with moisture and there were quite often periods when the rainfall was monsoonal.

Good luck for the rest of the spring and roll on a half decent summer.