by Carl Eldridge
in People and Football
on 13 Feb 2021

0 Bognor stalwart is hanging up his pitchfork

Brian Quinnell has never been one to let the grass grow under his feet. It's a good job, really. For as the popular groundsman at Bognor's Nyewood Lane he has had to ensure the pitch is trimmed to perfection -- something stalwart manager Jack Pearce, along with No.2 Robbie Blake, insists upon to help facilitate the Rocks' much-admired expansive style of play. 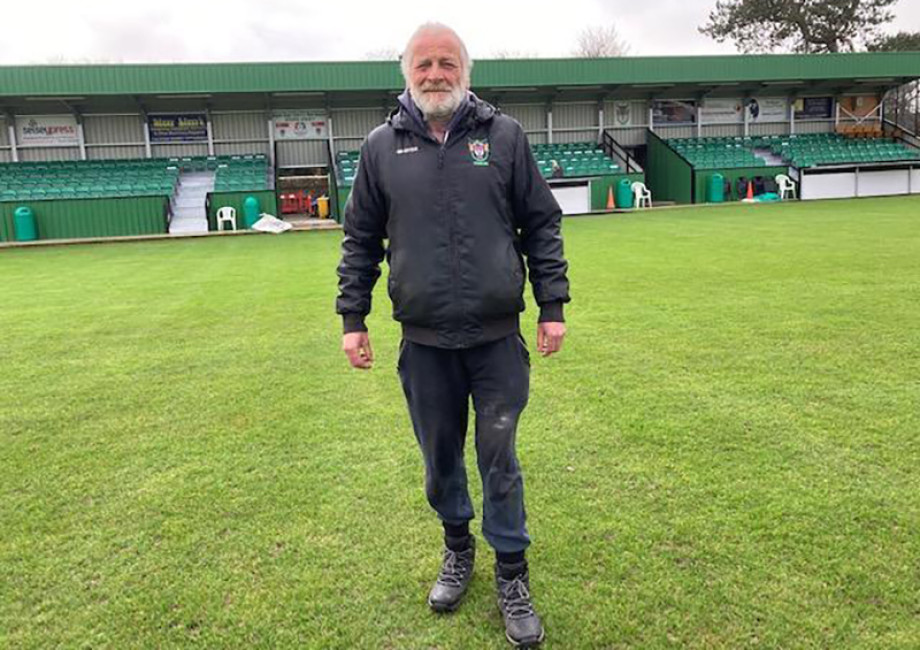 Brian Quinnell is retiring as the Rocks' groundsman

Now, though, Brian is preparing to call time on endless mowing, turf forking and animated -- bordering on lively -- discussions with Pearce on meeting the exacting standards that have won the club numerous awards over the years. Pitch perfect is the goal.

The Nye Camp lawn is revered throughout non-league football and the phrase "if you can't play on that, you can't play on anything" is often used in reference to the carefully-manicured carpet of a playing surface.

Brian is quitting his role in April after 13 years of unstinting service and the Rocks are on the lookout for a replacement. The current incumbent will prove to be a hard act to follow. But Brian is the first to admit that during his stint, he has had a lot of help to constantly conjure up a field of dreams.

Not that there haven't been a few frustrations over the years, Brian recalls; games rained off, frozen pitches -- but overall, he has had great success in ensuring matches go ahead. One such occasion leant itself to innovation rather than steadfast pitch care, though.

Back in January 2016, there was a need to get creative in an attempt to thaw out the frozen pitch ahead of a FA Trophy game against Altrincham. Finding that a strip of turf along the near touchline was frozen solid just before kick-off, it was decided that the best plan of attack was to park cars along it and leave them all running for a while. It did the trick.

Brian said: "We got the game on and went on to win 2-1 in what was a terrific game. There was a lot of satisfaction that night and for the next few days because the media latched in to the story and it went around the world on various websites and on social media."

Alas, in a way he has been robbed of his last term as groundsman in terms of match action because of the pandemic but he has still been keeping the hallowed turf in tip-top condition, ever hopeful he can help host a game before he leaves. Time will tell.

So, what is Brian's fondest memory at the many hundreds of Rocks games he has worked towards getting on? He said: "The 2-1 play-off win over Dulwich Hamlet was very special -- with more than 3,000 in the ground it is an occasion that will live long in the memory!"

Bognor general manager Simon Cook says all at the cub are sad to see Brian go but are delighted he will be popping along to help occasionally; and that he has agreed to help potential replacements in the next couple of months by way of showing them the ropes.

Cook added: "Brian is a real character and we'll miss him but hopefully we'll see him at matches and the like. Anyone keen on the role is more than welcome to get in touch and even pop along to see Brian and get a better idea of exactly what is needed."