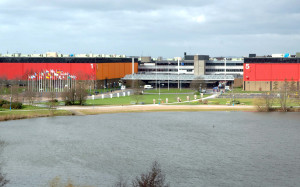 The Institute of Groundsmanship (IOG) announced this morning that the SALTEX show will be moving to the NEC, Birmingham in 2015.

The announcement of the ambitious move to the NEC, one of Europe's leading indoor exhibition and event centres, surprised many in the turfcare industry. The new show is also being scaled down to a two day event on the 4th and 5th of November 2015.

Commenting on the announcement, Pitchcare Managing Director Dave Saltman said; "The UK is a flagship for the highest standards in turfcare. For a number of years, Pitchcare have actively campaigned for the main associations to provide members, industry, and practicing professionals a united and international platform to network, trade, and educate."

"Whilst this move represents positive intent, the sheer scale of the NEC and the fact the IOG seem to have decided they have the pull power to make the venue and event a success leaves many questions unanswered, not least how the show will compete for industry support and attendees against BIGGA's Harrogate show, just ten weeks apart."

At this stage, it is unclear how this move will affect BIGGA's BTME Harrogate show, but a source told Pitchcare that BIGGA were unaware of this development and intend to continue along its own path.

Further announcements will be made in two weeks time at Windsor.

For the moment, we believe this is a case of 'watch this space'