by Football Foundation
in Football and Synthetics
on 27 Apr 2019 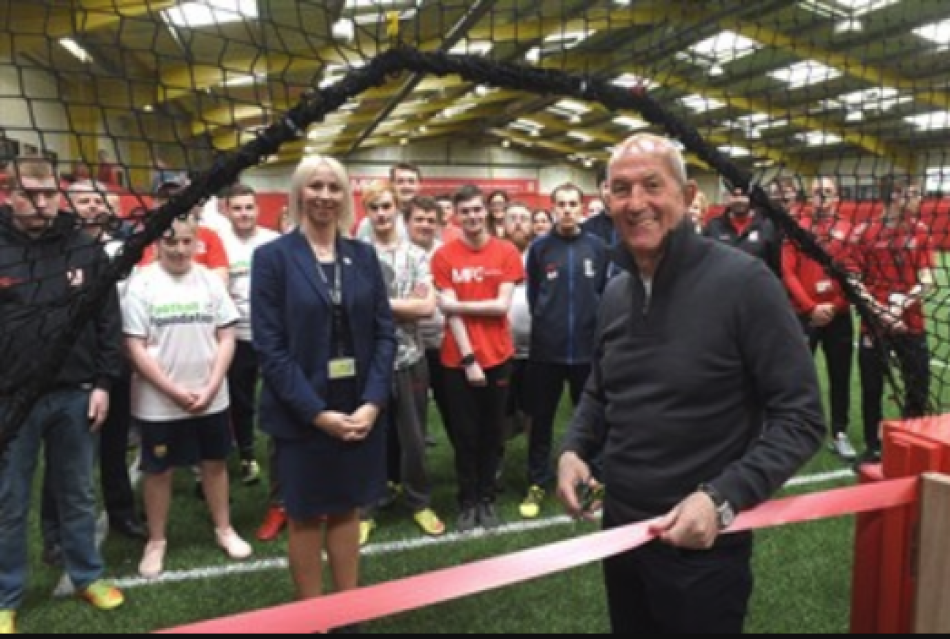 The refurbished small-sided indoor pitch was made possible thanks to investment from the Premier League, The FA and Government's Football Foundation.

After netting a £82,035 grant from the Football Foundation, work began on the site in October 2018. The grant enabled the Middlesbrough FC Foundation to replace the existing all-weather surface which was over 10-years-old and had reached the end of its usable life.

Several professional footballers have grown up using the indoor 3G pitch at the Herlingshaw Centre and their success in the professional game highlights the importance of its refurbishment for all community footballers to benefit from. Boro winger Stewart Downing, Sunderland's Lee Cattermole and Doncaster Rovers stalwart James Coppinger are just a few professionals to have benefited from the facilities at the centre.

Helena Bowman, Head of Middlesbrough FC Foundation, said: "At MFC Foundation, we are incredibly lucky to run such a fantastic facility here in South Bank, in partnership with Redcar and Cleveland Borough Council. Funding from the Premier League, the FA and Government through the Football Foundation has enabled us to refurbish our existing indoor 3G pitch to make it the best of its kind in the region. This facility provides a much-needed centre for the local community where people from a wide variety of backgrounds can come and play football."

Paul Thorogood, Chief Executive of the Football Foundation, said: "The support of the Premier League, The FA and government enables the Football Foundation to help improve community sports facilities like this one across the country. Their funding has played a key role in delivering this refurbished all-weather indoor pitch and I am delighted for everyone associated with the Middlesbrough FC Foundation.

"This is one example we want to make people in North Riding aware of, that they have the kind of quality pitches and changing rooms that are taken for granted in other counties. We will continue to support projects nationwide, but we cannot do this on our own, so we are encouraging organisations in the area to join our movement to deliver quality football facilities for people in North Riding once and for all.