A ground-breaking ceremony was held last week to mark the preparations for the start of construction on the new Brentford Community Stadium and enabling residential development. 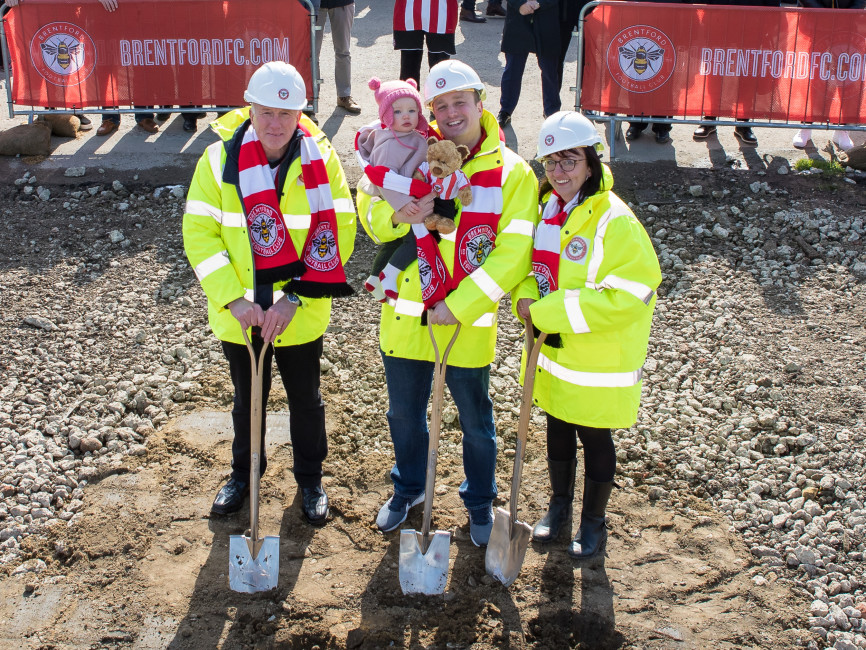 A family of Brentford FC supporters, Robert Muttitt, 70, together with his son, Peter Muttitt, daughter, Nicki Todd, and the latest addition to the Brentford supporting family his granddaughter Sophie, who celebrated her first birthday last week, were chosen to have the honour of putting the first spade into the ground.

The Muttitt family association with Brentford goes back to the Club's golden period in the 1930s when Robert's father, Ernie Muttitt, joined Brentford from Middlesbrough. He played for the Club from 1932 to 1947 and was inducted to the Brentford Hall of Fame in 2015. Robert's support for the club naturally began from an early age and he even recalls having his first 'swimming lesson' in the player's big bath!

Robert said: We were so delighted to have the chance to take part in the ceremony today. I have so many old memories of the Club, swimming in the player's bath, watching my father and others train on Tuesday and Thursday nights and playing football and cricket outside the old wooden entrance on Braemar Road. Now I am looking forward to the new ground, a great future and new memories - which hopefully will include my family and I watching Brentford play in the Premier League. 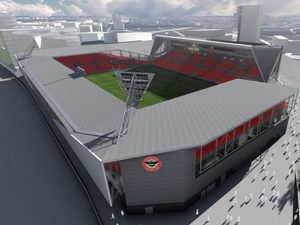 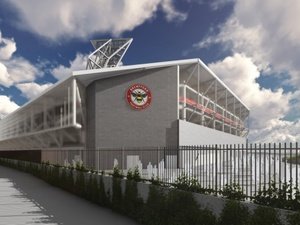 Guests at the ground-breaking included Leader of Hounslow Council, Councillor Steve Curran, Ruth Cadbury MP for Brentford and Isleworth, fans, staff and players from BFC, representatives from the developer, Be Living, the architects, AFL Architects, and other consultants who have worked on the project.

The site enabling works will be continuing this month, allowing for the start on site for the stadium and phase one residential work during April.

The development will deliver a 17,250-capacity stadium, 910 much-needed new homes, a new base for Brentford FC Community Sports Trust and other commercial elements to help regenerate the local area. The new stadium is due to be completed during the 2019/20 season.