by British Seed Houses
in Industry News
on 22 Feb 2012

0 Bring on the elements: Super Bents are here 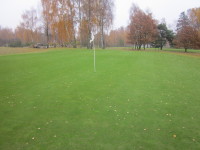 When extreme weather conditions threaten the quality of fine turf surfaces, a special response is called for and Super Bents are the ideal answer, says British Seed Houses Richard Brown.

British Seed Houses is the agent for Super Bent varieties 007DSB and TYEE in Sweden, Denmark and Norway, where climates offer some of the most severe weather seen on the golf course, and where the varieties perform extremely well. Richard Brown recently visited Sweden to meet distributor Weibull's Horto and gave a seminar outlining the strengths of these varieties for challenging conditions.

"Why have the bentgrass varieties 007DSB and TYEE become known as "Super Bents"? As I explained to delegates at our Swedish seminar, simply because they far exceed the overall turf performance that one would expect from older creeping bentgrass varieties and have proven performance on greens, tees and fairways which exceed that of even the Penn A & G varieties," he says.

The key to the success of both these varieties is a broad genetic base in the case of 007DSB, developed using no less than 24 parent plants. "It is this background that enables these varieties to deliver the same results all around the world from the extreme heat of Morocco to the harsh cold of Western Siberia," adds Richard. 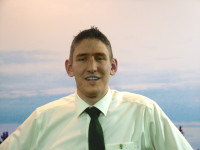 The original plants (selections) used in the development of TYEE came from old high stress, low maintenance golf courses. The progeny of these plants continued to show high performance in trials with heavy summer pressure and little air movement.

Mixing the new 'Super Bents' (007DSB and TYEE) with SR1119 takes advantage of their very high shoot density while acknowledging the attributes of the older variety, namely a greater ability to recover from wear and pitch marks.

"This blending of varieties is possible due to the similarity in inputs required by all three varieties. The new varieties are both top rated on the NTEP and STRI lists and exhibit good performance under lower maintenance regimes, namely low fertiliser input and exceptional disease resistance especially dollar spot and fusarium, "Richard explains.

On courses in Russia and USA 007DSB and TYEE endured exceptionally low winter temperatures and high summer temperatures. "Both new varieties exhibit good winter colour and aren't susceptible to winter discolouration (purpling) as many current top varieties are," comments Richard. "007DSB provides excellent disease resistance and while exhibiting fine leaf texture it produces a turf with great density that will outcompete Poa Annua. Its upright growth makes it versatile enough for use on greens, tees and fairways. TYEE also has these characteristics but it's very high density makes it ideal for superior putting greens."

Richard cites some cases where bentgrasses have been successfully used in extreme conditions. "TYEE was used to renovate greens at Wichita Falls Country Club in Texas in the autumn of 2008 and by the turn of the year, the new greens were fully established with strong winter colour and no purpling."

Northern Texas is cool and dry in the winter with temperatures down to -2°C, but rockets up to 36°C in the summer. Even more dramatic temperature swings are seen in Russia.

"Currently there are only seven completed golf courses in the whole of Russia and 007DSB, TYEE, SR1119 or a combination of all three, are used on five out of the seven," he explains.

"Pine Creek Golf Club in Ekaterinburg is located east of the Ural Mountains, close to western Siberia and it presents challenging conditions for turf management with winters as cold as -20°C lasting from October to April and summers up to 27°C. Three greens were seeded with 007DSB and the tees and fairways with Chewings Fescue and SR1119 using dormant seeding in October 2008, once temperatures dropped below a point where germination would occur."

Velvet bents are also finding favour in the Nordic countries, with their low water and fertiliser requirements offering a level of sustainability that is becoming popular, alongside the inherent attribute of disease resistance offered by a low nutrient regime.

But Velvet Bents also offer considerable performance benefits, Richard points out, with the greatest tolerance to shade and the highest visual merit of any bentgrass.

"Excellent winter and summer colour and the truest putting surface of any bent are also among their attributes and have been awarded 8.8 and 8.5 for fineness of leaf by the STRI."

These varieties have been developed with extreme conditions in mind and have already proven themselves on some of the most challenging climates in the world," comments Richard, "So they are well equipped for anything that a British winter can throw at them and will continue to produce top quality turf, should the oft-promised barbecue summer ever materialise."