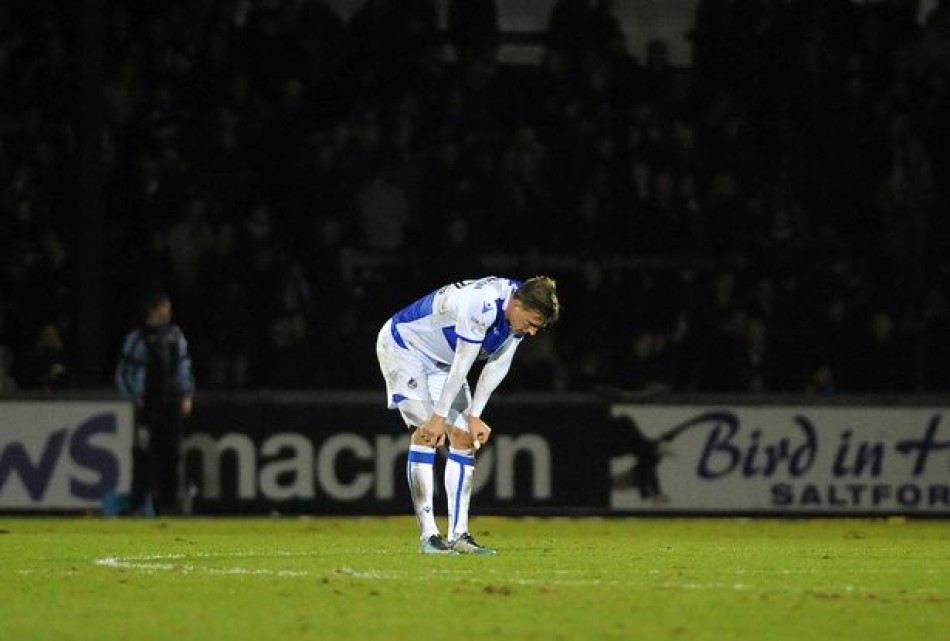 The Gas went down to a Niall Mason penalty to make it 11 defeats in 14 matches, with the pitch providing a big talking point.

The playing surface has been noticeably poor at the Memorial for a number of weeks and was clearly patchy ahead of kick off against Darren Ferguson's side.

Once play started the pitch cut up badly and large chunks of turf flew into the air as players turned sharply.

Rovers boss for the day Marcus Stewart defended the groundsman, but admitted the pitch was "crumbly", while Ferguson labelled the pitch "horrible."

Speaking after the defeat, Lee Brown did not hold back in his assessment of the pitch and questioned what has happened since the club spent thousands of pounds on relaying the pitch in the summer.

"I don't what's happened with the pitch, someone's got to be questionable for it and take responsibility for it," said the Rovers left-back.

"I don't know who it is. Obviously the chairman spent a lot of money in the summer on the pitch, and it's not good enough. Nowhere near good enough for a League One club."

Brown was asked if he thinks the pitch is in a worse state than it has been in any of his previous season with the club.

"Without a shadow of a doubt," responded Brown.

"I don't even think it's close. I think it was better when we were playing rugby on the pitch.

"For players it's disappointing, I think over the course of the years we've had a good surface and we've used it to our advantage with the way we play.

"It must be disappointing, they obviously spent a lot of money. I don't know who's responsible for it."

The club have recently changed their ground staff, and the new staff joined after the relaying of the pitch in the summer.

"Obviously the groundsman has come in after it's done and he's just trying to maintain it. Someone has to be questionable for it, it's not good enough really," added Brown.

You can read the original article from the Bristol Post HERE