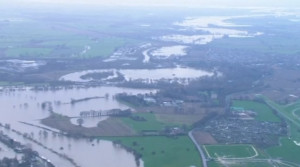 Britain needs a 'complete rethink' of its flood defences after towns, cities and countryside across northern England were inundated when rivers broke their banks in recent days, a government agency said on Monday.

Hundreds of soldiers have been deployed to evacuate residents and help emergency services. Local authorities said around 500 properties were flooded in the historic city of York, and 2,000 homes and 400 businesses in Leeds.

Flood defences have been bolstered in recent years, but that has not been enough to prevent some residents of northern England, including the scenic Lake District, from having their homes flooded time and again this month.

"We will need to have a complete rethink and I think we need to move from not just providing better defenses (...) but looking at increasing resilience."