Students from Brooksby Melton College have been working hard to create a stunning poppy display to commemorate the 100th anniversary of the end of the First World War. 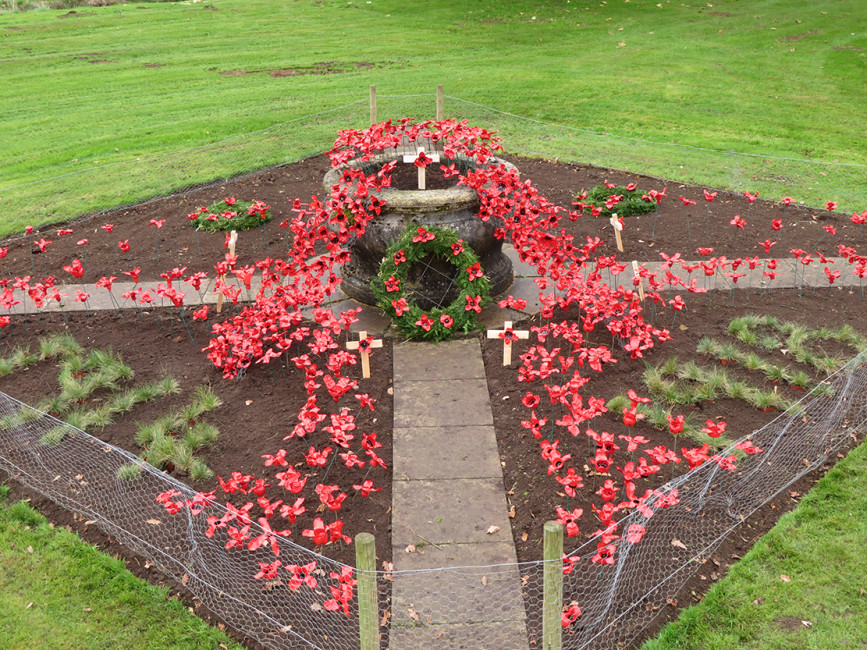 The unique display, which is situated on the Brooksby Hall front lawn at the College's Brooksby Campus, has been created using 500 poppies made from used plastic bottles, which were collected from across the campus.

A dedicated group of BMC Skills for Working Life students helped to cut up and paint the bottles. The display also features a series of wooden crosses, which were expertly crafted by Josh Booth, Connor Walker, Michael Howard and Joe Newcombe, who all study Level 1 Carpentry and Joinery at BMC. 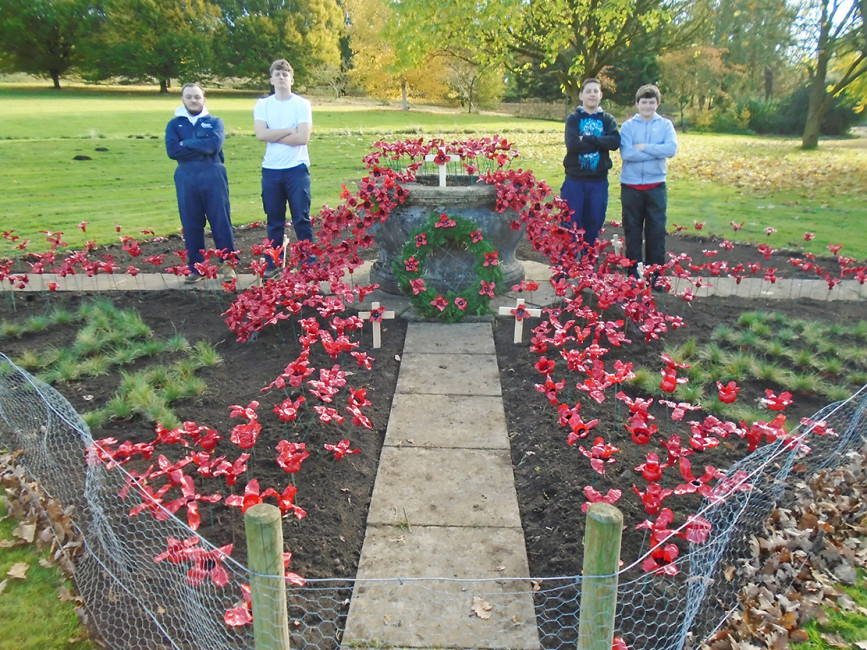 BMC Horticulture Technician, Joanne Wilkes, initiated and managed the project. She has been planning the display for two months and with the help of some dedicated BMC students and staff, has been making the poppies for the past 5 weeks.

Joanne said 'We thought it would be lovely to do something for Remembrance Day, particularly as it is the 100th anniversary of the end of the First World War. We wanted to create something for all of those that lost their lives defending the country. These poppies began their lives as discarded plastic bottles and we have now given them a new lease of life by using them in this commemorative display! All of the poppies started life as drinks bottles, which were cut up to make the poppies. They were moulded using heat to soften the plastic, painted red and black, and attached to sticks or wires to create the final product.'