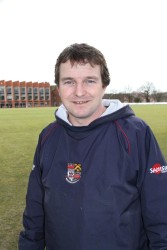 One of the Midland's oldest independent schools, Solihull School, is celebrating its 450th birthday this year. Founded as a free grammar school to teach the sons of Solihull residents English, Latin and Greek free of charge, it began life in a room that once stood by St Alphege Church in Solihull town centre.

The school moved to, what is now, Malvern House in the late 16th Century, before moving to its present 50-acre site at Warwick Road in 1882.

Its fine academic reputation attracted the likes of the great 18th century poets Richard Jago and William Shenstone as pupils.

Poet, essayist and literary critic, Samuel Johnson, often referred to as Dr Johnson, was also impressed enough to apply for a headship - but was turned down as unsuitable!

In 1946, it became an Independent School, breaking its links with Warwickshire County Council.

The school has gradually expanded in numbers and buildings. However, the most spectacular developments have taken place in the past twenty-five years with the opening of a new sports hall and pavilion, theatre and outside pursuits centre, as well as new classrooms, a rebuilt junior school and a new music school.

In June 2003 the Governors decided that the School would become fully coeducational (in 2005), taking girls as well as boys into the junior school and at 11+.

Solihull School has a reputation for sporting prowess, with many pupils representing their county. Sport is high on the curriculum with cricket, rugby, football, hockey and athletics proving to be the most popular. The school grounds are in constant demand and are probably one of the busiest areas of the school.

The school employs a small team of groundstaff under the supervision of the Head Groundsman, Karl Brotherhood, who came to the school five years ago. He has four staff to help him prepare and maintain the grounds - Deputy Head Groundsman, Mark Bailey; Assistant Groundsmen, Ian Ross and David Dresser, and gardener, Paul Groom.

Karl previously worked as Assistant Groundsman at the Edgbaston County Ground, home of Warwickshire CCC, for 23 years, under the guidance of four different Head Groundsmen - Bernard Flack, Rob Franklin, Andy Atkinson and most recently Steve Rouse. He has applied his considerable knowledge to producing wickets that are well presented and consistent in colour.

There are approximately seventy scheduled games per season, not including house matches and cup competitions. These are played from Easter through to early July, which makes this time of the year particularly busy for the groundstaff.

Karl takes full responsibility for all the maintenance operations carried out on the main square, overseeing all the preparation and repairs of the wickets, along with all the mowing duties.

The rest of the school cricket squares are looked after by Mark Bailey.

Mark has been Deputy Head Groundsman at Solihull School for thirteen years. Prior to this he worked within the horticultural industry and gained a National Certificate in Horticulture (level 3) and National Craftsman Certificate in Horticulture at Isle of Ely College of Further Education and Horticulture. Mark's career has included working as a nursery manager, looking after a large private country estate and running his own garden contracting business for several years.

Whilst at Solihull School Mark was presented with a Licentiateship from City & Guilds. Mark studied under Andrew Turnbull at Warwickshire College and graduated from Harper Adams University College with an HNC in Sports Turf Management. He is currently completing his Graduateship for City & Guilds, which he hopes to gain later this year.

Winter preparation is essential, says Karl. For the last few years Phil Day, a local sports turf contractor, has come in and koroed, topdressed and seeded all of the wickets in August. This has proved to be a labour saving and cost effective practice. It has also improved the quality of play on all squares. The school has recently purchased a Groundsman Spiker for aeration during the autumn and winter months.

Karl believes it is essential to clean the pitches thoroughly and ensure all debris is removed from the table, leaving a key for new loam material (Kaloam) to be worked into the pitches at a rate of 6-8 bags per strip.

In the autumn a tonic of Scotts Pro-Iron, 7% fe +seaweed, is used right up until December, and again in February.

Plenty of pre season rolling is essential for good pitches, and Karl likes to start as early as he can, usually in February, while there is still plenty of moisture in the soil profile. He begins his rolling programme using the weight of the square mower, and then moves quickly onto his main roller, rolling in the traditional union jack pattern.

Pitches are then prepared in the usual way bringing down the height of cut in stages, cleaning out, watering and covering if required. A Dennis Cassette mower, fitted with a tungsten tipped verticutter reel, is used to help prepare the wickets, just cleaning out the sward without damaging the soil profile.

The square and outfields are kept at 13mm, enabling the triple mowers to mow straight across the squares for presentation.

Pitch preparations take anything between 14-10 days to prepare depending on time available. Final cut is set between 3-6mm, depending on the fixture and time of year, using a Lloyds Paladin.

Karl and Mark have a policy of prepping a number of wickets in advance, allowing for changes in the fixture list. Mark prepares his wickets up to three weeks in advance, this is the only way he can accommodate the large amount of cricket played at the school and to the level required.

During the season they use a renovator fertiliser 10:2:4, normally on used wickets after being topdressed with Kaloam and seeded. Early wickets will be reused later in the season.

An appropriate timescale for preparing a wicket, including rolling and preparing, can be as many as twenty hours per wicket. They use a Lloyds Paladin, a Sisis brush scarifier, a Hako brush and a Dennis 24" mower with a scarifier attachment, plus a 1.5 tonne roller as equipment for the preparation of a wicket.

ares are rested in early July following the end of the cricket season, and then the whole sequence begins again.

Players at all levels have been inspired by the quality of the pitches and, having David Hemp, the former Warwickshire batsman, who captained Glamorgan for two years and is the current captain of Bermuda, as full-time cricket coach, enusres that cricket is high on the agenda at Solihull.

Summer is also a busy time with athletics featuring prominently on the summer calendar, A six lane grass athletics track is marked out on the sportsfields, with initial marking taking a couple of days with the aid of carrot markers. The lines are marked using a Bowcom Trike linemarker on a weekly basis. Field events are also set out on the playing fields. Mowing of the sports fields is carried out with triple mowers at 13mm, two-three times a week, depending on grass growth.

Once the school returns from the summer break it is straight into a heavy winter sports programme, with rugby, football and hockey being the main sports played.

There is just enough room to fit five senior rugby pitches, one senior football and seven junior football pitches on site. Hockey is played on the all weather pitch.

Rugby is very popular, with ex Harlequin, Stephen Thompson, being the head of sport. With over one hundred matches played, along with daily training, the pitches take quite a hammering. Grass is mown at 80mm using a Trimax rotary mower and marked out on a weekly basis.

The school also runs a seven a side rugby tournament that sees three days of play on all the pitches. Once the playing season is over the extent of the renovations is governed by what budgets Karl has available at the end of his financial year. Emphasis will be given to cleaning them up, using their Amazone, plus deep spiking and use of an earthquake and topdressing if budgets allow.

The school also has large areas of formal gardens and ornamental lawn areas, maintained to an excellent standard by Ian Ross and the gardener Paul Groom.
These provide essential amenity value for the school.